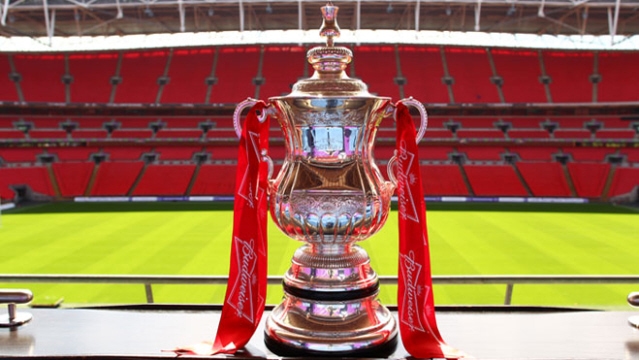 Accrington Stanley are giving supporters and people across the world with a soft spot for the club the chance to get behind the club and back a push for the play-offs by taking part in a unique initiative.

To mark the club’s FA Cup run, 250 special edition commemorative tickets for the third round tie with Manchester United that would have followed a second round replay win at Yeovil are being issued and available to buy for just £20 each.

This is the first part of a drive to back John Coleman and his players through the global Stanley Family.

“All the monies generated from the commemorative tickets will be used towards helping John and Jimmy strengthen the squad and who knows could be the difference between us making the play offs or narrowly missing out,” explained Stanley Chairman Peter Marsden.

Those who purchase the commemorative tickets will have their name on a Roll of Honour in the club programme and on the website to recognise their contribution.

“It would make a massive difference and any avenue that we can explore to try to bring funds into the club has got to be explored,” said manager John Coleman. “In essence it’s a virtual match but we are speaking to Manchester United and we’re going to try to pull on their heart strings a bit and hopefully those who buy the tickets might actually see us play them in the not too distant future.

“When I came back to the club from day one I said that I didn’t want the players to think of us as little Accy. Infrastructure wise and ground wise you can say that we are a small club but we have big hearts and great people who support us and work behind the scenes at the club and they just need a little bit of help. A lot of people will look at Accrington Stanley with affection and some will adopt us as their second club. If those people can help us a little bit and make us a bit stronger then maybe we can give them better days supporting us.

“This isn’t about dwelling on what might have been. It would have been magnificent to play Manchester United but it was akin to being on holiday. Holidays quickly come and go and we have a league campaign to focus on. I believe we have a realistic chance of making the play-offs if we can just get people to help us a little bit. Anything helps, whether it’s to strengthen the squad or keep hold of the players that we’ve already got. Who knows where it can take us?”

The special edition commemorative Manchester United tickets are on sale now and can be purchased online.