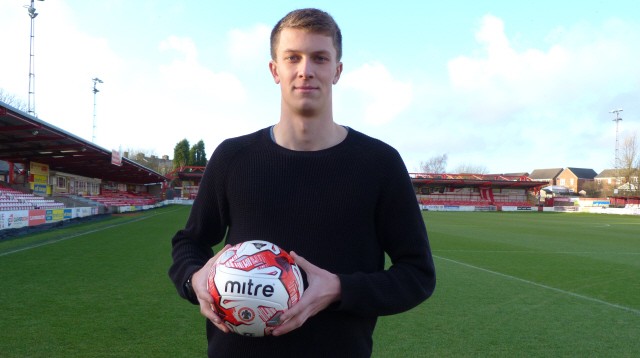 The 20-year-old comes to the Store First Stadium from the Premier League side for an initial month.

Macey is a graduate of the Bristol Rovers youth system who moved to the Emirates Stadium as a teenager and was named on the bench for the Gunners for a game earlier this season.

“I’ve been looking to get out on loan all season but due to injuries it didn’t quite happen,” said Macey. “Part of developing into a top goalkeeper is going and learning your trade lower down the leagues and learn proper football, that’s what people say. It’s about adding that competitive edge to your game.

“I went away to Austria with the Arsenal first team in pre-season which was a good experience and then just at the beginning of November I was on the first team bench for a couple of games. Now goalkeepers are back from injury and it’s time for me to come out and play some proper football.”

“League football experience is something that you can’t put a price on and if you look at the goalkeepers that have come through our ranks and gone on to have great careers, Carl Ikeme, Darren Randolph, Rob Elliot and Marcus Bettinelli to name but four, they’ve catapulted their careers by playing games for Accrington,” explained Stanley boss John Coleman.