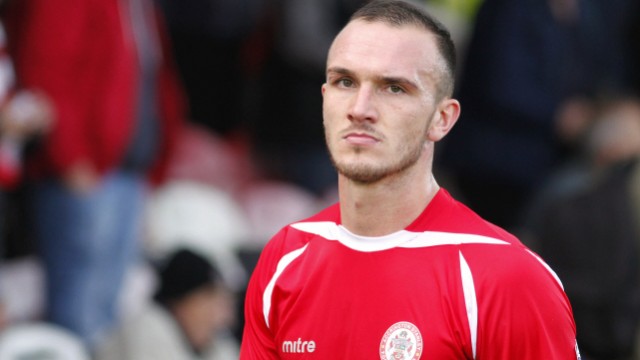 Stanley defender Tom Aldred has completed a move to Championship side Blackpool.

The 24-year-old joins the Seasiders on an initial month’s loan to allow him to feature in today’s game with Brighton & Hove Albion, with a view to a permanent transfer.

Aldred joined the Reds just under two years ago after spells with Watford and Colchester and went on a remarkable run of consecutive games which began with a substitute appearance against Rochdale in March 2013 and only ended this week, 94 matches later.

The former Carlisle man leaves having scored four Stanley goals in those 94 appearances.

Accrington Stanley would like to wish Tom all the best for the future.

Further news on a permanent move will be announced here on the official website in due course.