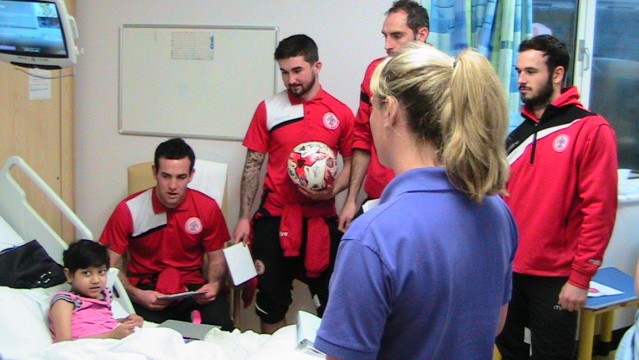 Players and staff visited the children’s ward and handed out cards and presents to children and parents.

The group spent an hour on the wards meeting and speaking to staff and patients alike with anyone who wanted them receiving signed Stanley footballs or tickets to the match with Burton Albion on 28th December.

Manager John Coleman led the players around the hospital and found it to be a worthwhile experience.

“Some of us have been through this ourselves, myself and some of the players, and we know how difficult it is when you have a young child who feels quite helpless and they don’t really know what’s going on and why they are in hospital.

“If we brightened up a child’s day for a minute or two then I suppose everything helps.”

“I think the lads all understand how important days like today are,” said Stanley captain Luke Joyce. “The kids and parents are so brave and positive and the hospital staff do such a great job, particularly at this time of year.”

The visit was organised by the Accrington Stanley Community Trust and the communications department at the Royal Blackburn Hospital. The players and staff would like to thank everyone who was involved in the organisation, as well as Tesco in Accrington who kindly made a donation towards gifts. 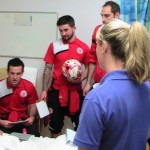 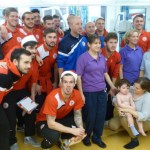 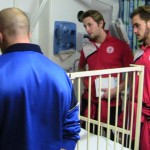 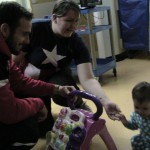 Lee Molyneux made a new friend out on the corridor 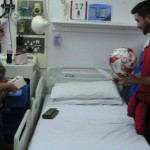