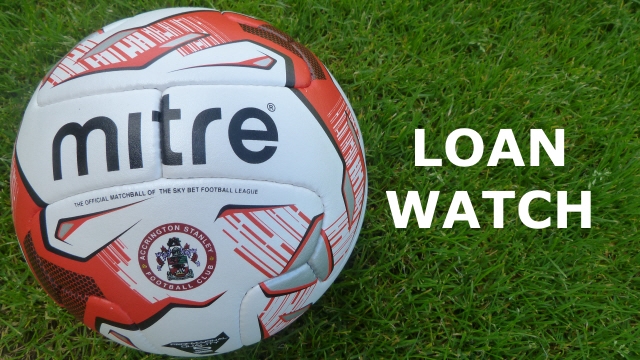 It has been a mixed week of results for the four players out on loan from Accrington Stanley.

The FA Cup run of Warrington Town gave Andrew Dawber a Saturday afternoon off but the goalkeeper was in action yesterday evening as Clitheroe made the short journey to Bamber Bridge for a Lancashire FA Challenge Trophy quarter final.

Two goals in the opening three minutes from Sefton Gonzales and Alex Ralph put the Blues in command and, although Matt Lawlor pulled a goal back with five minutes remaining, Simon Garner’s men held on to advance to the last four.

Attentions turn back to the EvoStik First Division North for Clitheroe at the weekend with Farsley – a team currently in the play-off places – making the visit to Shawbridge.

Liam Goulding’s Belper conceded late on for the second weekend running as they threw away two points by drawing 2-2 at Trafford.

The Yellows had scored in stoppage time to take the lead through Glyn Cotton but, moments later, Luke Heron scored with the last kick of the game to ensure that the Nailers remained bottom of the EvoStik Northern Premier Division on goal difference.

The Derbyshire Senior Cup could not provide respite for the defender as his side were routed 6-0 at home by Gresley of the EvoStik First Division South in the third round of the competition last night.

A huge clash at home to FC United of Manchester awaits Belper this weekend with a win likely to take the Yellows from the foot of the table.

The result means that the Glassmen are in 10th, five points away from the EvoStik Northern Premier Division play-offs ahead of this weekend’s match with Kings Lynn Town, who have the same points and goal difference as the Reds.

Will Hatfield played 45 minutes of FC Halifax Town’s 2-1 defeat at Torquay United last night, which leaves them 8th in the Conference, just three points away from the play-offs.

The midfielder is away again on Saturday as the Shaymen make the journey to Worcester City in the first round proper of the FA Trophy.