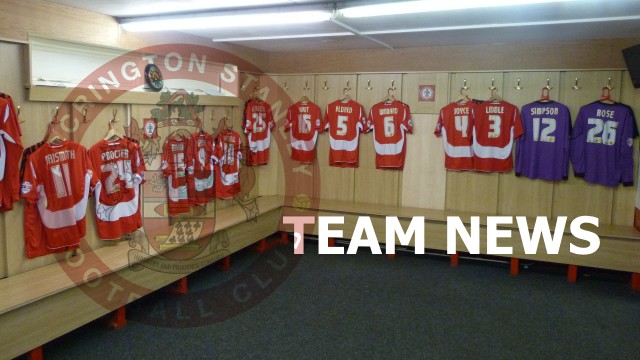 Accrington boss John Coleman has made three changes to his team for this afternoon’s game with Cambridge United.

Loanees John O’Sullivan and Sean Maguire both sat out the 2-1 FA Cup victory over Notts County on Tuesday night through ineligibility and come straight back into the side for the game with Shay McCartan and Lee Molyneux both dropping to the bench.

New signing Matt Crooks, who joined the Reds on loan form Championship side Huddersfield Town earlier in the week, starts as the lone striker in the 4-2-3-1 formation, taking the place of Tuesday’s match-winner Marcus Carver, who is among the substitutes.

Central defender Tom Aldred makes his 84th consecutive start – he has started every game since 2nd March 2013 – but must be wary of picking up a yellow card as he is one away from a one-match ban.