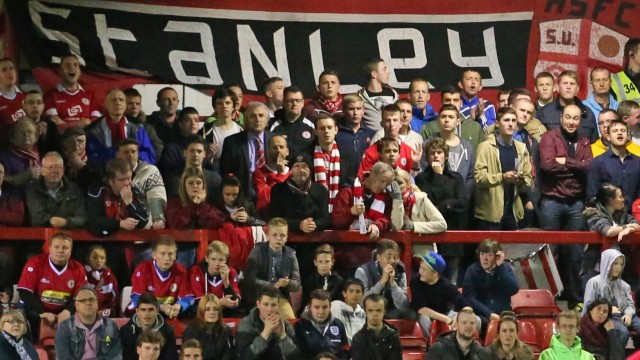 Calling all football fans – we’re offering a special discount to supporters of any other English, Welsh or Scottish league club who come to Accrington for the home clash with Exeter on Friday night for our 7pm kick off.

Whether it’s Burnley, Blackburn, Bury, Rochdale, Southport or even as far afield as Southampton or Inverness – we want to see your colours!

We will be offering reduced admission of £15 (and £10 concessions) at the Clayton End only for the supporters from any other English, Welsh or Scottish league club who are wearing their team’s shirt and scarf. This is a must.

So let’s make the Clayton End a sea of green, claret, black, blue, yellow, orange or whatever your team colours are on Friday night.