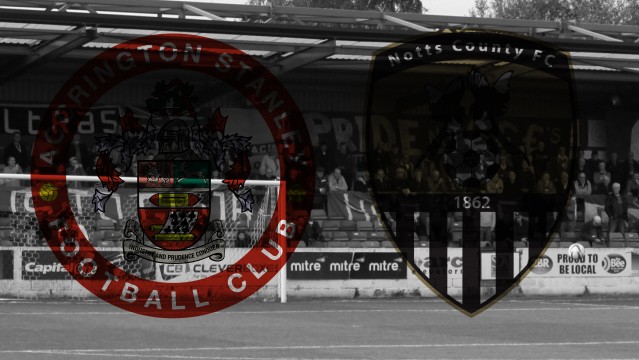 The FA Cup comes to the Store First Stadium for the first time this season tomorrow as Notts County make the trip for a first round replay.

After a goalless draw at Meadow Lane nine days ago Stanley and Notts County meet again tomorrow evening looking to secure a place in the second round of the FA Cup.

A home tie with Yeovil Town of League One awaits the winner and the outcome must be decided on the night – which could mean extra time and penalties.

The two sides had differring fortunes at the weekend with Stanley keen to bounce back against Shaun Derry’s in form Magpies at the Store First Stadium. 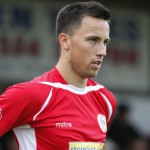 Loan pair John O’Sullivan and Sean Maguire won’t feature. They’re ineligible as permission for them to play has not been granted by parent clubs Blackburn Rovers and West Ham United.

Nicky Hunt was withdrawn with a knock at Carlisle at the weekend but trained as normal today.

Full back Adam Buxton remains the only long term absentee.

County have Roy Carroll available to them after the veteran keeper returned from international duty but full back Mustapha Dumbuya and winger Mike Petrasso are both away with their countries. 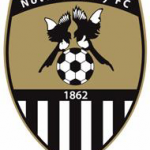 County have spent six of the last ten seasons in League Two, with the other four seasons being spent in League One. They gained promotion to League One in the 2009/10 season when they won the League Two title.

They have then spent the last four seasons in League One and finished in 20th place in the table last season. 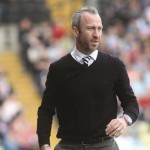 36 year old Derry is in his first managerial role, after being appointed as manager in November 2013.

Prior to being a manager Derry enjoyed a successful playing career, making over 500 appearances for a number of clubs including Queens Park Rangers, Leeds United and Notts County. He also had three spells at Crystal Palace and made 198 appearances and scored three goals for the club. 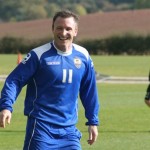 33 year old Thompson signed for the club in the summer and has made an excellent start to his time with County, coring six goals in half a dozen appearances. 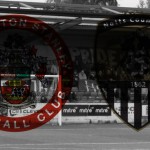 This will be the third meeting between the sides in the FA Cup after the goalless draw last Sunday and a 4-1 win for County in the First Round back in 2011.

Overall there have been a dozen games between the teams with Stanley winning two to County’s six.

The Reds have never beaten the Magpies at the Store First Stadium with their only home win coming at Peel Park back in December 1958.

Stanley’s four match unbeaten run came to an end with the 1-0 weekend defeat at Carlisle United.

At home the Reds have lost just one of their last six games.

County returned to winning ways with a 1-0 victory at Coventry on Saturday. They’re unbeaten away from home this season and are the only Football League club that can claim this. Only Chelsea also have this record. 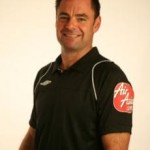 Mr Ilderton has well over a decade of refereeing experience at Conference and Football league level.

His last Stanley game was the 3-2 home defeat to Exeter in December.

All supporters can pay on the turnstiles

For more information onNotts County, why not visit their official website www.nottscountyfc.co.uk or their Twitter feed @Official_NCFC