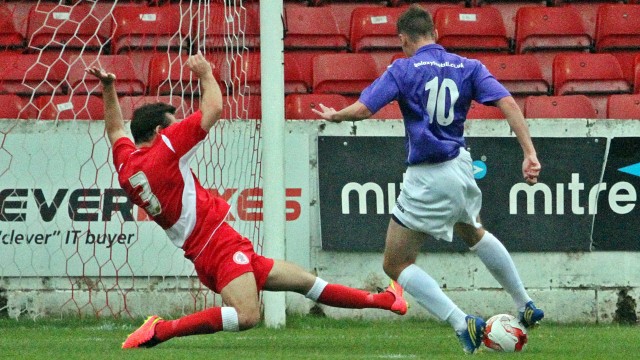 Stanley defender Michael Liddle was relieved to return to the side for the weekend draw at Notts County after a lengthy spell on the sidelines. 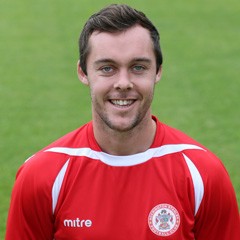 The full back played his first game since the opening day at Meadow Lane following a succession of niggling injuries with manager John Coleman describing him as man of the match.

For Liddle it was the end of a spell of patience and hard work that has ultimately paid off.

“It was definitely worth it,” he said. “It was such a good feeling to be out there and be back playing with the boys. It was even more special that it was in such a good game. The FA Cup’s special, every player knows that and wants to try to play in those games. It was nice to get my chance and play and I was just trying to enjoy myself really.

“We didn’t play as well as we can but defensively I thought we were very solid. We had defending to do as we didn’t retain the ball particularly well but they didn’t have any clear chances. I can’t think of Jack (Rose) making any unbelievable saves – mostly they were straight at him or off target.

“We could have had more chances of our own but overall I think our quality in the final third was a bit below par and we know we’re capable of more. We got stuck in which is what you have to do at places like this.”

The Reds will meet the Magpies again a week today to decide who hosts Yeovil Town in the second round of the cup and Liddle is confident about their prospects of making it through.

“We fancy our chances in the replay,” he explained. “I don’t think they had too many chances to beat us and we know that we can step it up. Hopefully back at home and in the environment we’re used to we can play some better football.

“If we can keep our defensive shape, get stuck in and create some more chances then things will go our way and we can make it through to the second round.”