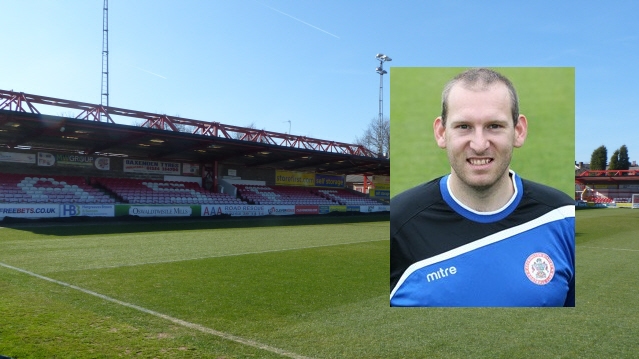 Accrington Stanley are pleased to announce the appointment of John Townson as the club’s new Academy Manager.

The 29-year-old moves from his role as first team coach at the Store First Stadium which he has been doing for the last three months.

“I’d like to thank the Chairman and the Board for giving me this fantastic opportunity,” he said. “This is an area that I’ve been interested in for a long time. A lot of my background is youth and Academy football and I’ve had the opportunity recently to work with the first team which was something I couldn’t turn down.

“I’ve very much enjoyed working with John Coleman and Jimmy Bell since they came back to the club and I’m grateful for everything they’ve done for me and all the encouragement they’ve given to me. I’ll now be looking to help them as much as I can and try to produce players for the first team.”

John, who holds a UEFA A licence, has worked in various capacities at the club since initially joining in 2011 and believes that experience can help him in his new job.

“It’s a fantastic club and there’s a great staff to work with within the Academy,” he explained. “I spoke about the club and the unity within it when I got the first team coach job and I know people from the bottom to the top.

“The Academy staff have done superbly to get through the recent EPPP audit and there’s a really good vibe about the place now which is something I hope to carry on. I’m looking forward to working closely with everyone.

“I’m very clear in what I want to introduce at the club to improve us further but it’s a really good place to be and there are really good people and players to work alongside.”

Chairman Peter Marsden added:  “The Board have been very impressed at the way John Townson conducts himself. He has proved himself an excellent and reliable multi-tasker. He is a good communicator and is exactly the selfless team player that sums up what Stanley is all about.

“I have every confidence that John will make his mark as Academy Manager which is one of the most important jobs at the club such is our determination to produce a conveyor belt of talent for the first team.”