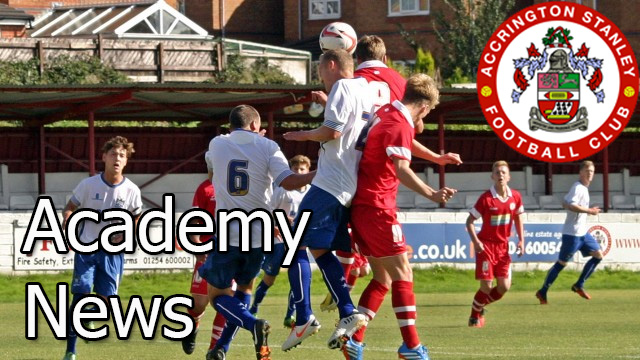 Stanley’s under 18’s continue their Youth Alliance campaign tomorrow with an away trip to Blackpool in the first game since new Academy Manager John Townson took up his post.

It’s been a time of change in the Academy but Townson is pleased that there’s a match to look forward to at the end of the week.

“Any coach or manager will tell you that the match day is the real excitement,” he said. “That’s the culmination of the week’s work. It’s the same for players too; some like training, some aren’t so keen but they all love the matches at the end of the week.

“For me it’s the first match and I can’t wait. I’m very excited. Blackpool have a very good team and won the league last year so it will be a difficult challenge but one we are ready for.

The young Reds picked up their first league win of the season against Morecambe last week and though Townson isn’t too worried about results in the short term, he admits that will make a difference.

“We’re going to create a performance culture because we can affect that,” he explained. “If we focus on performances then results will come. As much as you want to create that the players will be more relaxed going into tomorrow’s game after their win last week and that can only be a good thing.”