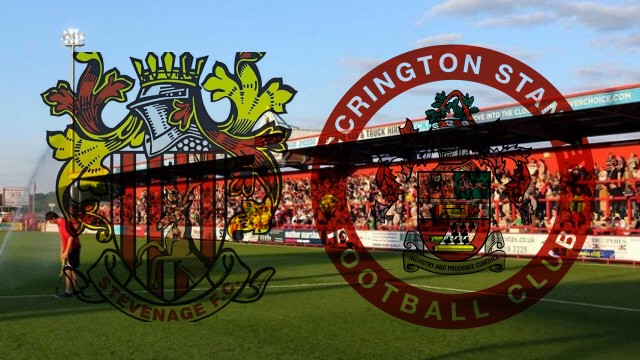 The Reds renew an old rivalry this weekend with a trip to take on Stevenage.

Following a first defeat since the return of John Coleman against Dagenham at the weekend Stanley aim to bounce back by taking all three points from a trip to Stevenage.

Old rivals in their Conference days, the clubs last met in a League Two play-off semi-final and the Reds will be out to put bad memories behind them at the Lamex Stadium.

Stevenage are back in League Two after a spell in League One and will be hoping manager Graham Westley can rediscover the form that saw them win back to back promotions.

Goalkeeper Aaron Chapman is ruled out following his injury against Dagenham at the weekend meaning there could be a new man between the posts with Finnish international Jesse Joronen signed on loan from Fulham today and set for his debut.

Defenders Adam Buxton and Michael Liddle are nearing returns to training but won’t be available for selection.

Stevenage have a lengthy injury list that caused them to have to name 55-year-old goalkeeping coach Dave Beasant on the bench last week.

However, they’ve completed loan deals for Shrewsbury’s David McAllister and Arsenal’s Jack Jebb and both could make their debuts. 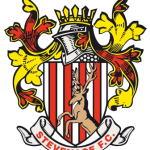 Stevenage have spent six of the last 10 seasons in the Conference Premier, one season in League Two and three seasons in League One.

Boro were promoted from the Conference in the 2009/10 season after winning the league title. They then made it back to back promotions the following season after winning the League Two play offs. After beating Stanley in the semi-finals, Boro defeated Torquay United 1-0 at Old Trafford in the play-off final with the goal coming from John Mousinho.

They then spent the following three seasons in League One, before being relegated last season after finishing bottom of the table. 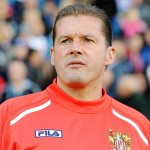 46 year old Westley is currently in his third spell as Boro manager, after being reappointed at the club in 2013. Westley’s other spells at the club were between 2003 and 2006 and between 2008 and 2012. During his managerial career Westley has managed a total of seven different clubs, after having spells at Kingstonian, Enfield, Farnborough Town, Rushden and Diamonds, Preston North End and as caretaker manager at Kettering.

Prior to being a manager Westley had spells at several different clubs, including Enfield, Kingstonian and Wycombe Wanderers before his playing career was cut short due to injury. 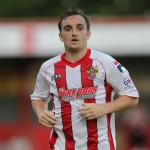 The 27 year old signed in the summer from Gillingham and has so far made 12 appearances and scored two goals for Boro.

Lee started his career at Tottenham Hotspur and during his time at the club had a loan spell at Millwall. Lee then signed for Peterborough United, where he made 153 appearances and scored 14 goals between 2007 and 2011. He then had a spell on loan at Gillingham in 2010 before signing for the club on a permanent basis in 2011. During his two spells at the Gills, Lee made 100 appearances and scored 11 goals before signing for Boro. 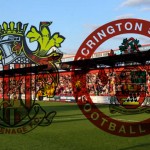 The two clubs have met on five occasions at the Lamex Stadium, with Boro winning four of the matches and the other match ending as a draw.

The last time that the sides met was in the League Two play offs in the 2010/11 season when Boro picked up a 2-0 victory at Broadhall Way with goals coming from Stacy Long and Joel Byrom. In the second leg at the Store First Stadium Boro won 1-0 due to a last minute goal from Chris Beardsley, to seal a 3-0 aggregate victory.

Stanley lost for the first time since John Coleman’s return against Dagenham at the weekend.

They’re looking for a third successive away win.

Boro have had a poor season so far, currently sitting in 19th place in the League Two table after 12 games. They have so far won three and lost three of their six home matches this season.

Their last match was away at Carlisle United, where they were beaten 3-0 with goals coming from Brad Potts, Steven Rigg and Mark Beck.

Byrom made one appearance for Stanley in the 2006/07 season and had a spell at Boro between 2009 and 2012 where he made 77 appearances and scored nine goals for the club. 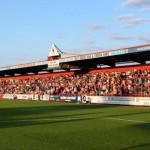 Boro have played at Broadhall Way (now known as the Lamex Stadium) since 1980. The current capacity of the ground is 6920 and the record attendance that the club have had is 8040, which was set against Newcastle United in the FA Cup 4th round in 1998.

Ticket prices and admission details can be found HERE

For more information on Stevenage, why not visit their official website www.stevenagefc.co.uk