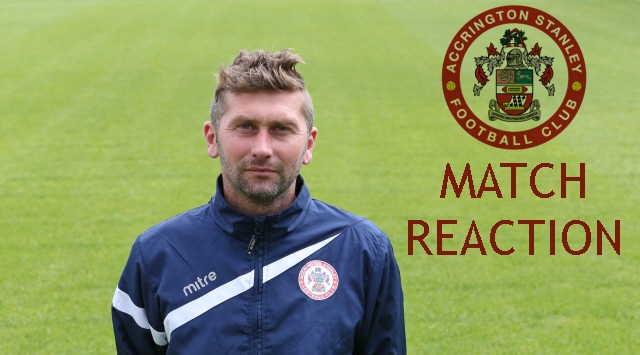 Stanley Youth manager Keith Brown was in high spirits after seeing his U-18’s side knock Rotherham United out of the Youth Alliance Cup on Saturday.

He said: “I thought today we had enough chances to have probably won two games. Today was probably one of our better performances so far this season.”

Keenan Quansah’s late strike gave Stanley a 2-1 victory and saw them safely into the 3rd round.

When asked whether Stanley should perhaps have won by a bigger margin Brown said: “We had a lot of chances especially in the first half, which we were just a little bit unfortunate not to put away but the pleasing thing is that we’re getting in the right areas.”

Brown was also full of praise for U-16 goalkeeper Jack Little who made the step up to this level and was only beaten from the penalty spot.

“There were a couple of times he [Little] came and caught the ball and took pressure off the back four. He had to have bags of confidence and belief.”

Brown used the performance of Little to send out a message to other young players hoping to make the step up.

“That’s what this club is all about, if young players are doing well at their own age groups then they need to be pushed up and we believe in that because they need to be tested. Jack’s certainly been tested today but he’s stood up to it and that is the most pleasing factor.”

Brown did refuse to get carried away with talk of progressing to the latter stages of the competition stating: “We take every game the same, in terms of 100% commitment and effort. Every game we go out to participate in we do it with our philosophy and style that we believe in.”