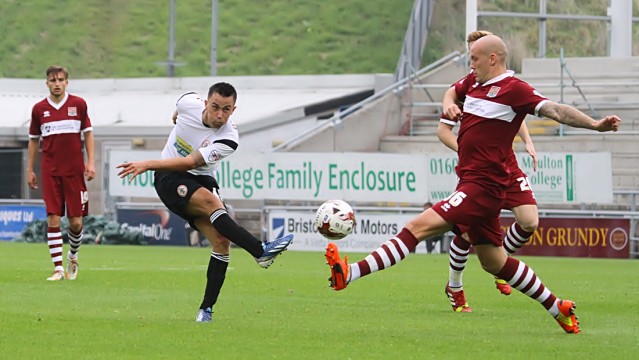 John O’Sullivan has extended his loan spell at Accrington Stanley until mid-December.

The Blackburn Rovers attacker was John Coleman’s first signing on his return to Stanley in mid-September and O’Sullivan originally signed for a month.

On his debut, the Republic of Ireland Under 21 midfielder scored a double at Northampton and has played every game since and he is now delighted to extend his loan deal for a further two months.

“I am really pleased,” said O’Sullivan. “I spoke to Gary Bowyer (the Blackburn manager) just the other day and told him that it’s important to get league experience as a young player at a club like Accrington.

“I feel I am learning with every game.  I know I burst onto the scene at Northampton and then everyone expects you to do the same in every game but it does take time to settle in.

“I said  that I wanted to stay longer than a month and thankfully Blackburn have agreed. I am enjoying the experience and I don’t think anyone has seen the best of me  yet.”