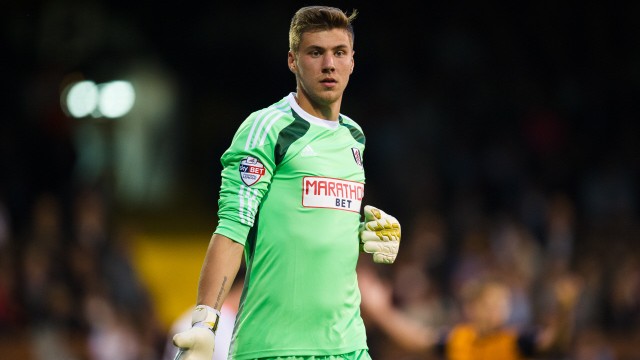 Jesse is loving life at Stanley

Jesse Joronen is loving life at Stanley as he follows in Marcus Bettinelli’s footsteps.

Fulham loan keeper Bettinelli was a star for the Reds last season and Joronen took the advice of his team-mate to use his month’s loan spell at the Store First Stadium to his, and Stanley’s, advantage.

The Finnish keeper said: “I have enjoyed the past few weeks, playing alongside the lads and meeting with them.

“They are a very nice bunch of lads and I love it, it’s lovely to be around here. They have taken me in and games have started to go well.

“When I knew Accrington wanted to take me on loan, Marcus told me loads and everything was good. I felt comfortable to come here as Marcus said so many good things about Accrington.”

Joronen admitted his debut, against Stevenage, didn’t go to plan as he conceded after just 55 seconds but he has felt more confident with each performance.

“Obviously I would like to forget that first minute of my debut,” he smiled. “But since then everything has gone well and we have started to pick up points and we are heading to where we are supposed to be.”

As a Fulham goalie, he may have never envisaged trips to Stevenage and Newport but he is taking them all in his stride.

“They are new places to me but, as stadiums, they are still better than those in my home country and it is enjoyable coming to these places and playing games.”

And now it’s the build up to Friday’s home derby with Morecambe.

“I am just starting to hear about what a big game this is and I am sure there will be a plenty of fans cheering for us. More fans makes you excited for the game,” he added.