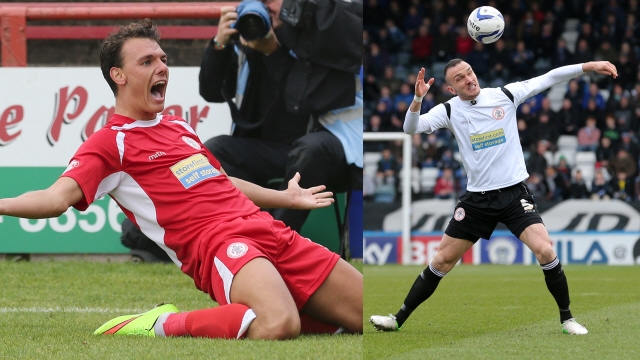 Defender Tom Aldred, an ever present for the Reds since making his first appearance as a sub against Rochdale back in March 2013, is nominated in the League Two Player of the Year category.

The 24-year-old is up against Danny Mayor of Bury, Fleetwood’s Connor McLaughlin, Morecambe midfielder Andy Fleming and Ian Henderson of promoted Rochdale.

Kal Naismith is in the running for the Rising Star Award. The 22-year-old topped the Stanley scoring charts in his debut season in English football after moving south from Rangers last summer.

Votes can be cast for both Stanley players on the official website of the awards, with details below.

The MBNA Northwest Football Awards was launched to celebrate the region’s brightest and best in the game.

These awards pay tribute to and recognise those who have achieved footballing excellence both on and off the field in the 2013/2014 season.

The awards celebrate all levels of North West football and organisers are looking toexceed the 40,000 votes cast across a wide range of categories in 2013.