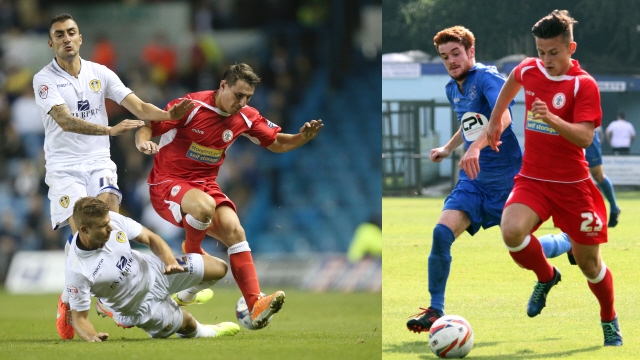 Jordan Mustoe and Connor Martin have left the Store First Stadium after their short term contracts expired, with James Alabi returning to Stoke City after his loan spell ended.

Former Wigan full back Mustoe signed a month ago following a spell training with the club and made six appearances for the club whilst teenager Martin was a regular during pre-season and earned himself a short term contract.

Alabi arrived on a month’s loan from Stoke and made three Stanley appearances in his spell with the club.

Everyone at the club wishes the three players all the best for the future.

“I’d like to thank the lads for all of their hard work,” said Stanley boss James Beattie. “They’ve all played a part in our start to the season and we hope that they have success as their careers continue.

“With the way that finances are here a few players have had to move on to reduce the weekly outgoings. It’s as simple as that.

“Anything we’re looking at will have to be free loan or a very cheap loan so I might have to call a few favours in but any player that does come in will have to improve the squad and make the group better as well as being the right character for our dressing room.

“All the lads trained this morning though Michael Liddle’s tweaked the knee that he injured the other week and we’re keeping an eye on that.”