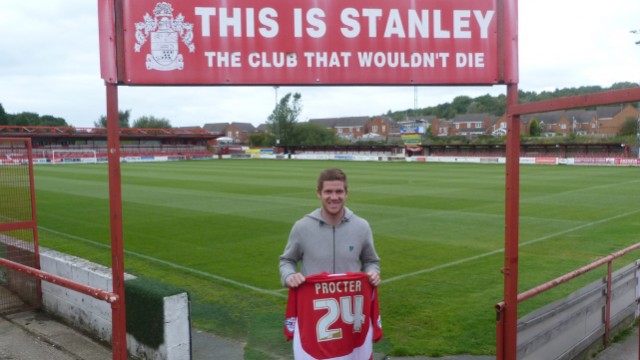 Accrington Stanley are delighted to announce the return of one of our favourite sons after Andy Procter agreed a deal to come back to the club.

The midfielder, who left the Store First Stadium in 2012 for Preston North End, joins after leaving Bury by mutual consent.

The 31-year-old has signed a two-year-deal with the Reds.

“It feels great to be back,” said Procter, who has made more Stanley appearances that anyone other than Paul Mullin. “I’ve just been into the offices and met up with all the staff and it feels like I’ve never been away. 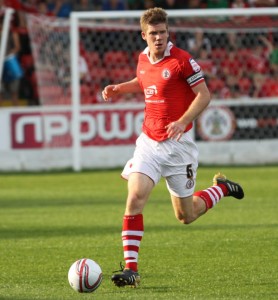 “I spoke to James Beattie in the summer and made it clear that I was keen to come back. It became apparent that I wasn’t going to get many games at Bury and I’ve never been someone to sit on a contract so I just wanted to come back and get playing games again.”

Procter made over 400 appearances for Stanley in a spell of almost ten years before leaving to sign for Preston North End in January 2012.

“When I left Accrington we’d just finished in the play-offs and were on the verge of the play-offs when I actually left,” he continued. “That’s where I’d like to help the club return to.

“I went to watch the Bury game on Saturday and really liked what I saw. If we can get a decent run of results together then there’s no reason why we can’t push up that table.”

“It’s great to be able to bring Andy back to the club,” said manager James Beattie. “He’s an experienced player who knows all about this league and the club and he’ll be a valuable addition to our midfield.

“It’s a club close to his heart and we know he’ll be putting 100% in from the moment he pulls the red shirt back on.”

Andy Procter’s taken the squad number 24 at the Store First Stadium and this move is subject to ratification by the Football League.