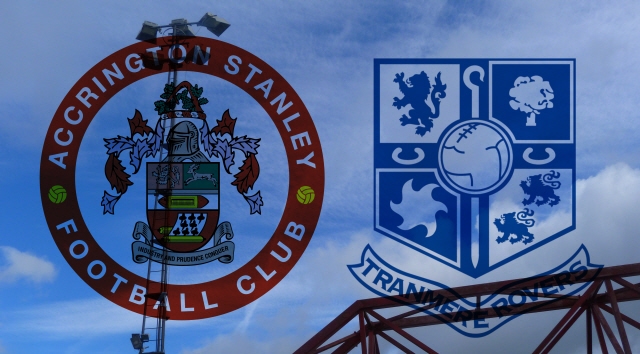 After a number of cup meetings over recent years, Accrington Stanley host Tranmere in a league fixture for the first time since the 1950s.

The aim for Stanley remains the same – a first win of the season, whilst consistency is the order of the day for the visitors who currently sit eleventh in the early season table.

Unlike Stanley, Rovers weren’t in action in midweek and head to the Store First Stadium looking to follow up last weekend’s win over Morecambe. 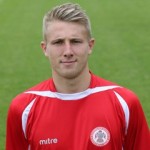 Deadline day signing Andy Procter is in line for his first appearance since returning to the club and could pull on the red shirt for the first time since January 2012.

Manager James Beattie has confirmed that goalkeeper Andrew Dawber and full back Michael Liddle have returned to training but the game may come too soon for the pair.

After scoring in the JPT in midweek striker Marcus Carver could be pushing for inclusion from the start.

Tranmere are likely to hand a debut to goalkeeper Peter Brezovan with Owain Fon Williams away on international duty.

George Donnelly could also make his bow after signing for the club on deadline day.

Tranmere start life in League Two under new ownership and with a new manager as they look to return to League One at the first time of asking.

They were relegated from the third tier last season, leading to the appointment of former Exeter assistant manager Rob Edwards as the club’s new manager this summer.

This was followed by a takeover led by former FA Chief Executive Mark Palios meaning that the club have a clean slate this season. 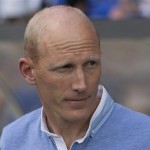 Former Welsh international Edwards had been assistant to Paul Tisdale at Exeter City for a number of years and helped oversee their rise from Conference football to their best ever finish which was eighth place in League One. He also helped to bring through players which the Grecians sold for around £1.7m, including striker Jamie Mackie.

Tranmere is the 41-year-old former Preston defender’s first role in management and, after Rovers were relegated last season, he said his aim at Prenton Park was to make sure they are challenging at the top end of the table and also produce home grown talent.

This was after a niggling injury had forced him to take almost two years out of the game.

After starting his career at Prenton Park, Koumas signed for West Brom in 2002 in a then club record £2.5m deal.

He made more than 100 appearances for the Baggies before moving to Wigan Athletic for £5.3m in 2007.

The dynamic midfielder has scored ten goals in 34 international appearances for the Wales. 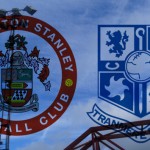 This will be the 71st meeting between Accrington Stanley and Tranmere Rovers, with the first coming way back in January 1922, with Stanley running out 4-2 winners.

Rovers have had the upper hand in the head-to-head with 32 wins to Stanley’s 25 victories. There have been 13 draws.

A Stanley victory would be their first since a 3-1 triumph at Peel Park in November 1958.

Stanley remain winless in their opening games of the season and have one point on the board so far. They’ve lost their last two games, against Carlisle in the JPT and Bury in League Two.

Tranmere have won two and lost two in their last four games and sit eleventh in the League Two table. 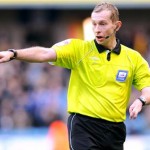 Hugely experienced official who made his bow at Football League level way back in 1998.

He was in charge when Stanley beat Oxford United 2-1 at the Kassam Stadium in April.

For more information on Southend United, why not visit their official website www.tranmererovers.co.uk or their Twitter feed @TranmereRovers