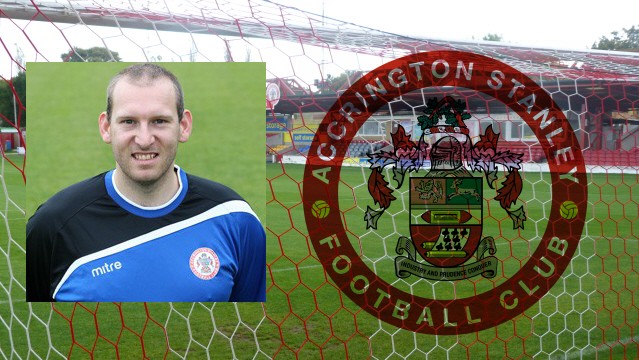 Accrington Stanley have appointed John Townson as the club’s new first team coach after Paul Lodge left the role to concentrate on his work at Accrington and Rossendale College.

John has been working at the Store First Stadium in various capacities within the Academy and first team coaching setup since 2011 and now takes the step up to working full time with James Beattie and Paul Stephenson at first team level.

The 28-year-old has his UEFA A Licence and has also previously worked within the youth setup at Burnley FC.

“I just want to say thanks for the opportunity to the gaffer and Stevo,” he said. “This is a great club and one that is very close to my heart after working here for the last few years.

“I’ve built up good working relationships with lots of people here from the office staff to the kitman and youth coaches and I’ve really enjoyed working with them. I’m looking forward to continuing those relationships in this new role.

“I’m fully prepared and ready. I stopped playing at 17 because I knew that I wouldn’t make it and went into coaching. I had my B Licence at 21 and I see this as another big step in my development as a coach and can’t wait to continue learning from the manager and assistant manager.”

“John’s been working with us on the analysis and scouting side of things and is now coming in to work with the first team with myself and Paul Stephenson,” said Stanley boss James Beattie. “He’s shown how good a coach he is and I think the lads are already enjoying working with him.”

Everyone at the club would like to welcome John into his new role and thank Lodgey for all the hard work he’s put in over the last few years.