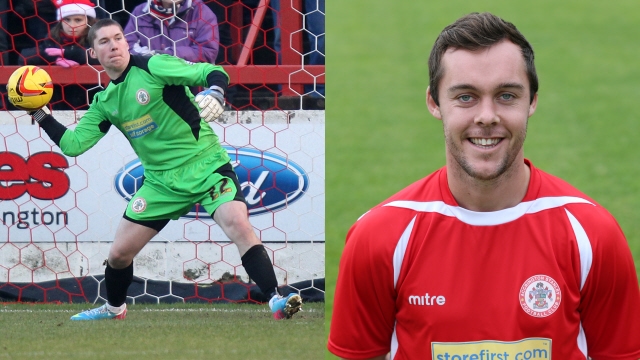 James Beattie has received a boost ahead of this weekend’s game with Tranmere Rovers with the news that two of his injured players have returned to training with the first team.

Goalkeeper Andrew Dawber and defender Michael Liddle have both been sidelined for the last few weeks but have now rejoined their team mates on the training field.

“Dawbs has trained today after being out with his medial knee ligament injury since his dubious tackle in the pre-season friendly with Blackburn,” explained the manager.

“That’s something that he has to learn. He needs to learn to control his mentality in games and I think that’s the biggest thing he needs to concentrate on at the moment.

“I still have really high hopes for him. He’s been to a few clubs in the Premier League that really rate him so I’ll keep working on that sort of thing. He’s a baby; in goalkeeping terms he’s a newborn at 19 so we have to try to harness that talent and improve him from day to day.

“Lidds had picked up a medial ligament injury too a few weeks ago but he’s back now and will hopefully be staking his claim for the left back spot.

“He’s a valued member of the squad and we need everyone to pull together and try to get us these results that I think we so deserve.”