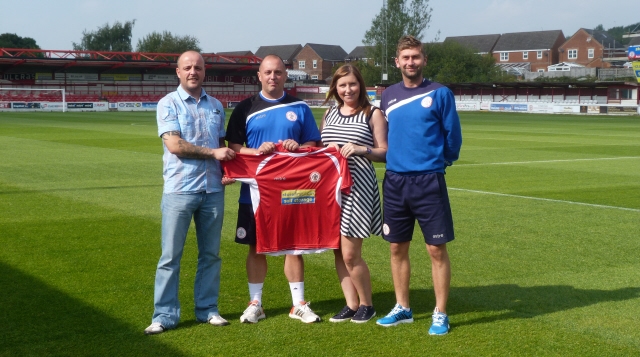 Stanley are linking up with local grassroots clubs and developing relationships with these partner organisations which the club believe will be of a great benefit to both parties.

It’s a chance for local clubs and academies to see what takes place at the professional level and allows the clubs an opportunity to be part of the history and the progression of youth players from the local area.

The scheme also gives coaches from the partnerships an opportunity to work alongside coaches from Stanley’s first team and Academy.

Stanley’s Head of Recruitment Dave Bailey said: “We set a target of four partnerships to be agreed and now we have achieved this with Rosegrove FC coming on board – and a fifth with Burnley Wolves.

“We feel that due to the demand we will be adding just one more. The scheme I am sure will be a success, we can’t as club look to have too many as its vital we are able to service the scheme right .

“Having six junior clubs involved gives us potential to see around 500 players plus which will give us great presence in securing local players and allow us to recruit alongside the bigger professional clubs.”