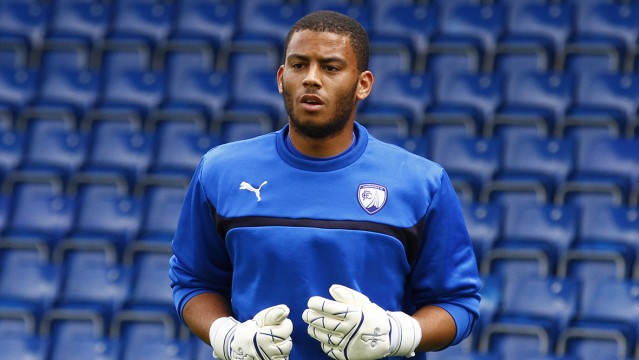 The 24-year-old, who started his career at Belper Town and attracted interest from the likes of Norwich and Sheffield United before signing for the Spireites, will stay at the Store First Stadium for an initial two months.

“He’s someone who very much caught my eye when I saw him playing for Chester,” said Stanley manager John Coleman. “I saw him four or five times and he was impressive every time I saw him. He has a real presence about him and he’s got a good character which makes for a good goalkeeper.

“He made a big contribution to Chester last year and this is his chance to step up and play in the Football League. It can be a springboard for him and a chance for him to play as many games as he can.

“Obviously we’ve seen him playing in non-league but he is a Football League player. What we’re hoping is that he can transfer his skills into League Two and I’m sure that he’s more than capable of doing that.

“If you’ve played in the Conference then you’ve been exposed to a good standard of football. It’s great that Chesterfield have stepped in and been kind enough to give us a bit of help by sending Aaron here.”

Chapman, who stands at 6’8” tall, trained with his new team mates for the first time today and is looking forward to starting his Stanley career.

“The club has made a great first impression on me,” he explained. “I didn’t really know what to expect from my first loan spell in the Football League but this is a good club and a great bunch of lads and from what I’ve seen in training today they like to play football the right way.

“If I’d wanted to go back to Chester then I think the option would have been there but I want to push myself and get myself known for playing in the Football League and a league club on my CV.

“It’s difficult for goalkeepers to get the chance to play because you only need one on the pitch. If you’ve got more than one then one is going to be let down and that’s been me so far. This is my time to show what I’m all about now and get some games under my belt.

“Hopefully the loan can be extended if I impress enough.”