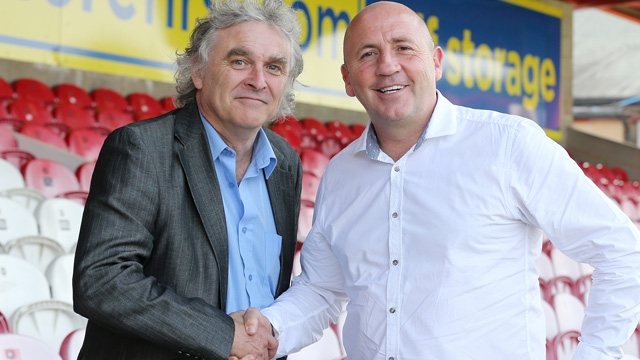 Chairman: “The Perfect Manager for us”

Stanley Chairman Peter Marsden is looking forward to renewing his working relationship with John Coleman after he was reappointed manager at the Store First Stadium.

“This is probably one of the biggest weeks in the history of the club but I feel today like we are where we want to be and everything is clicking into place,” said the Chairman. “I can feel that this is the start of another journey under John Coleman.

“John and I go back years and sometimes I’ve found it hard to be objective about him because I consider him a personal friend but he’s a great manager and he knows how to make this club tick and he can completely revitalise the place.

“He knows how to work with a small budget, he can wheel and deal and he’s the perfect manager for a club like ours.

“From time to time most clubs need revitalising and for us it’s felt a little bit like the journey getting to the Football League was actually better than being here. We really need to redefine what we are. We’re not like any other club, we are Accrington Stanley and we are unique.” 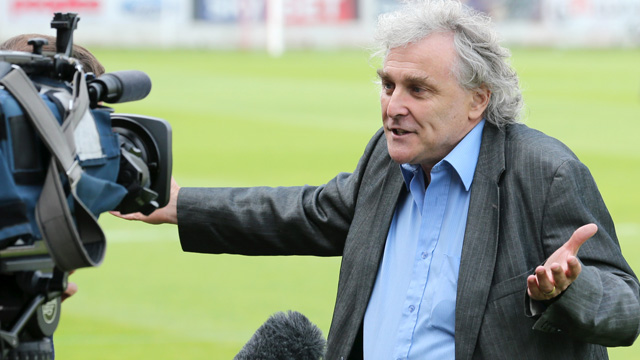 It’s two and a half years since a John Coleman Stanley side took to the field but Mr. Marsden is confident that his return will see supporters return through the turnstiles starting a week on Saturday against Plymouth.

“If people want to be involved in a club where you feel like you are part of it and you can talk to the manager, the players and the Chairman then this is the club. We are the complete opposite of Premier League and Championship clubs. We’re small but we’re proud and when we’re all together nothing can beat us.

“Nothing would give me greater pleasure than for John Coleman to be here for many years to come. I think we’ve learned from our time apart – it’s been like a family that has parted and come back together. I like to think that has made us both better people.

“John still has the same fire in his belly but I can also detect in him that he’s quite circumspect and has realised what he’s had and lost and isn’t going to lose it again. Under John Coleman we are only heading one way and that is up.”