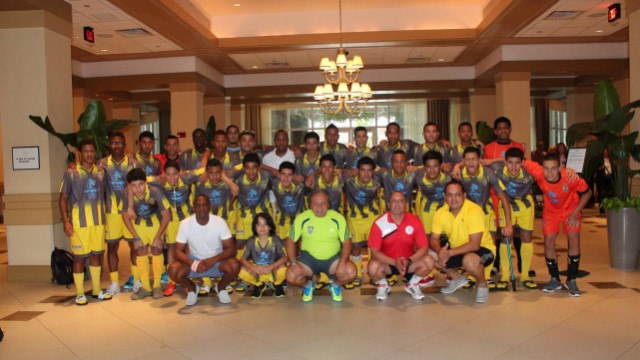 Our international football development department, headed up by Dave Bailey our Head of Academy Recruitment, recently spent a week in Miami and Fort Lauderdale with Carlos Demilio, Head Coach of Soccer Demilio. 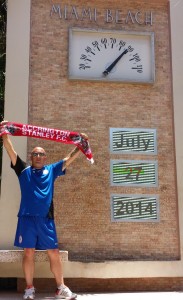 The week came about as a result of Dave’s ever-growing reputation and his extensive network he is building here at the club.

The week was about talent identification where 30 players from mainly Aruba and SV Dakota soccer club plus players from Argentina, Panama, Colombia and USA were put through their paces for five days by Dave.

These players were observed in 4v4 games, 11v11 games, physically tested and coached with the best players invited to have the opportunity to come over for a professional club experience to us here at the club.

The players had to go through four days of hard work including a workout on the famous South Beach to then have Dave, Carlos and Franklin Priest (head coach of SV Dakota) select a target squad to play 2 times regional champions from the local area and from that game players then would be selected for the trip to the UK in November.

The target squad selected in the end ran out comfortable winners 6-0 against the regional champions and I am sure we all wish them every success when they come here to us here at Accrington Stanley for a short time.

During the week Dave and the players on camp also attended as guests the Fort Lauderdale Strikers against the famous New York Cosmos which saw Dave meet the president of the Strikers Tom Mulroy and their mascot “Hotshot”. 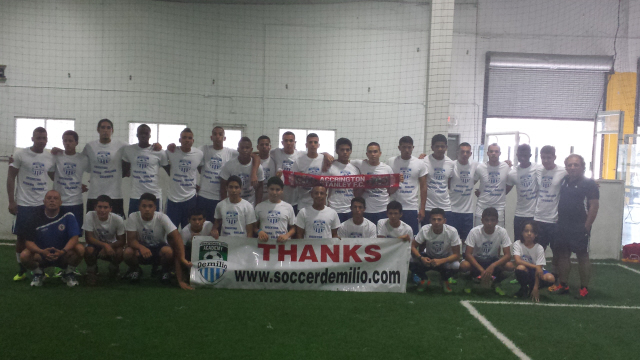 The International Football Development Department has many more trips planned and we will be updating fans on where in the world the club is going, we are sure that many new fans from across the globe will soon be following the club.

If you wish to contact Dave about the international department please email: david.bailey@leescarter.com