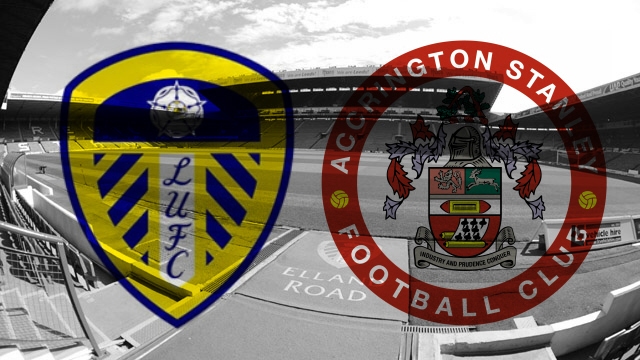 After defeat in the opening League Two game of the season Stanley turn their attention to a trip to Leeds United in the Capital One Cup.

The League Two season is up and running and now it’s time for the Capital One Cup to take centre stage.

For the second year running Stanley head to a Championship side in round one, with Leeds United the opponents for James Beattie’s men.

Last season the Reds put Middlesbrough to the sword at this stage and will now hope to knock out a Leeds side under new ownership and with a new manager at the helm. 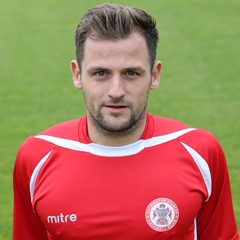 Stanley could hand a debut to left back Jordan Mustoe who penned a short term contract earlier today.

Fellow recent recruits Jay Lynch and James Alabi could also be in contention, though the latter would require permission from parent club Stoke City to play.

It could be a big night for Will Hatfield, who came through the youth ranks at Elland Road and was a Leeds season ticket holder. He’s recovered from a hip injury and will hope to feature.

Leeds boss Dave Hockaday has hinted that he may consider resting some of his key players with the Championship in mind.

Italian midfielder Tommaso Bianchi could make his debut after missing the weekend through suspension. 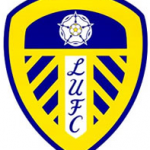 Leeds United begin this season under new ownership and with a new manager at the helm following a summer of change.

They start another campaign in the Championship with striker Ross McCormack having left for Fulham in a big money move but with a number of new faces of their own in the squad.

Like Stanley, they will be looking to bounce back from an opening day league defeat in the cup. 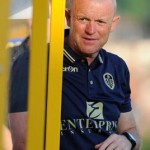 Hockaday is the former manager of Forest Green Rovers who was appointed Leeds boss back in June and is taking charge of his first competitive home game against the Reds.

The 56-year-old played for the likes of Blackpool, Swindon and Hull before going into coaching and has developed a reputation for working with and developing younger players. 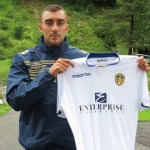 Bianchi is an Italian midfielder who signed on loan for Leeds this summer from Sassuolo.

The 25-year-old was suspended for the opening game of the weekend at Millwall but could be handed his debut against the Reds.

The former Piacenza man has been capped by Italy at under 21 level. 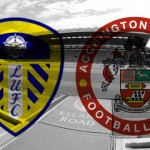 The two sides have only met on one previous occasion, in the Johnstone’s Paint Trophy in December 2009.

Leeds were 2-0 winners on that evening, with Hogan Ephraim and Neil Kilkenny netting the goals.

Stanley skipper Luke Joyce is the only survivor from the Reds side that took to the field at Elland Road that night.

Stanley lost their league opener at home to Southend 1-0 at the weekend, with Lee Barnard scoring the only goal from the penalty spot after Luke Simpson had saved Barry Corr’s earlier spot kick.

Leeds were also beaten on day one, coming out on the wrong end of a 2-0 scoreline at Millwall. 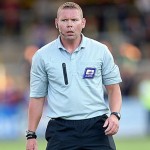 Mr Clark has been officiating at Football League level since 2012 and will take charge of his first game of the season at Elland Road.

His last Stanley game was the 1-1 home draw with Mansfield Town in April.

For more information on Southend United, why not visit their official website www.leedsunited.com or their Twitter feed @LUFC