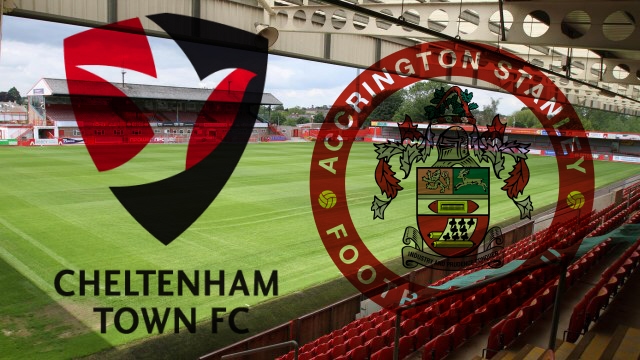 The Reds hit the road again this weekend, with an away trip to Cheltenham Town in League Two.

Ahead of kick off, Chris Forsyth has looked into all the information you might need:

After their midweek Capital One Cup defeat at Leeds United, Stanley make their first league away trip of the new campaign as they travel to Cheltenham Town.

James Beattie’s men are looking for their first points of the season after the opening day defeat to Southend but head south in good spirits after good performances in both of their opening games.

The Abbey Business Stadium has been a happy hunting ground for the Reds in the past and they will hope to recreate last season’s win against the team managed by Mark Yates. 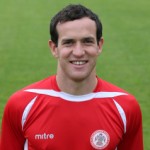 Despite being substituted in the second half at Leeds Nicky Hunt is being monitored with medical staff hopeful he’ll be able to play some part.

Cheltenham’s summer signing Asa Hall is out due to a calf problem but club captain Matt Taylor could return. 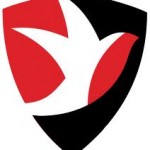 The Robins have spent seven of the last 10 seasons in League Two, with the other three seasons spent in League One. The solitary promotion that the club gained was in the 2005/06 season when the Robins defeated Grimsby Town 1-0 in the play-off final at the Millennium Stadium, with Steve Guinan scoring the goal.

In the 2008/09 season the club finished in 23rd place in the League One table, winning only nine games over the course of the season, and were relegated back to League Two.

Last season the Robins finished in 17th place in the League Two table, after reaching the play offs in the previous two seasons.

They’ve made an excellent start to their League Two campaign, winning 1-0 at Bury on the opening day of the season. Joe Hanks scored the goal to leave the Robins in fifth place in the table after their first fixture.

On Tuesday night the Robins travelled to Brighton and Hove Albion in the Capital One Cup but suffered a 2-0 defeat, with goals coming from Lewis Dunk and Craig Mackail-Smith.

43 year old Yates took over as Robins manager in December 2009 after leaving Kidderminster Harriers to join the club.

Prior to being a manager Yates had a successful playing career, making almost 600 appearances for a number of clubs, including Doncaster Rovers, Cheltenham Town and Kidderminster Harriers. 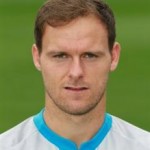 New signing Carson will be a vital player if the Robins are to improve on last season’s 17th place finish. The Robins signed the goalkeeper from Bury in the summer and he made his debut for the club against Bury last weekend.

The 26 year old started his career at Sunderland and during his time at the club had several loan spells, at clubs including Chesterfield, Lincoln City and Bury. He then signed permanently for Bury in 2012 and made 44 appearances for the club, before spending the majority of last season on loan at Portsmouth, where he made 37 appearances. 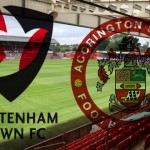 Stanley have an excellent record at the Abbey Business Stadium, winning three, drawing one and losing one of their five matches at the ground. Last season Stanley returned home with all three points after a 2-1 victory against the Robins, with the goals coming from George Bowerman and Luke Joyce. Jamie Cureton scored for the hosts.

In the reverse fixture last season the Robins returned from Lancashire with all three points, with Jason Taylor scoring the only goal of the game. 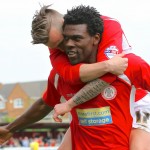 Several players have appeared for both Stanley and the Robins. Current Cheltenham striker Terry Gornell signed for the club in 2013 and has so far made 35 appearances and scored three goals. Gornell made a total of 51 appearances and scored 17 goals for Stanley in two different spells at the club, firstly on loan in 2008 and then after signing permanently between 2010 and 2011. 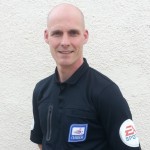 Mr Johnson is in his first season as a Football League referee after considerable experience as an assistant at this level.

His first game was at the weekend, when he officiated over Tranmere’s 1-1 draw with York City. 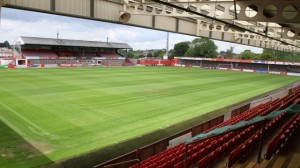 The record attendance that the Robins have ever achieved was 10,389, which was set against Blackpool at the Athletic Ground in the FA Cup in 1934.

For more information on Cheltenham Town, why not visit their official website www.ctfc.com or their Twitter feed @CTFCofficial