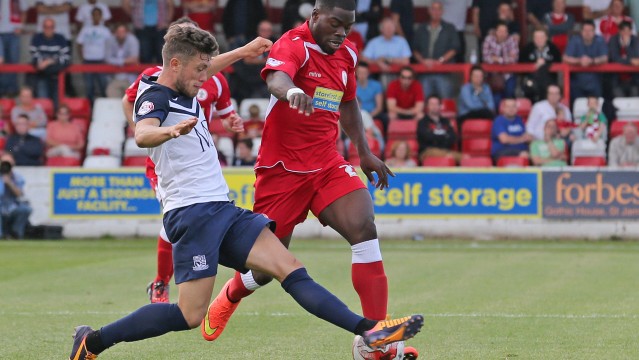 Lynch and Alabi out to shine

STANLEY’S two recent signings are out to prove a point and win a first team place at the Store First Stadium.

Goalkeeper Jay Lynch, 21, has signed on non-contract terms while striker James Alabi, 19, is on a month’s loan from Stoke City.

Goalie Lynch started at Manchester United and was at Bolton at Under 18 and Under 21 level before coming to Stanley.

“It is frustrating when you haven’t got a club but then I got a phone call from Accrington Stanley and it was really positive and I knew I wanted to come to here,” said Lynch.

“It’s a family-orientated club and all their lads want to chip in and do their bit on the pitch. 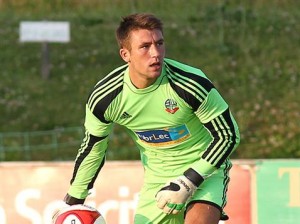 impson) had a good debut, we will be pushing each other in training and I have got to be patient.”

Lynch added: “I had been on the bench in the Premier League which was terrific but I was injured last year and never got a good run going.

“I have no league games under my belt and now I want to do that and see what I can do.”

Striker Alabi has already been on loan at Scunthorpe in two spells – during their League One campaign and when they won promotion last season.

“James Beattie was one of the main reasons that I came here because he can work with me and help me a lot with my striking ability.

“One of my strengths is holding the ball up but my main strength is running in behind and beating defenders for pace and power.

“At the moment, it’s about getting into the team and making sure I can do some good things for the team. “