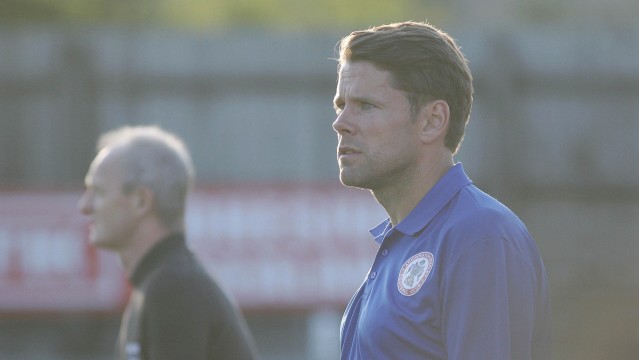 James Beattie isn’t worried about his Stanley side being tipped for relegation and believes that his players will prove their doubters to be wrong.

The Reds begin their League Two campaign tomorrow afternoon against Southend, one of the sides tipped to be fighting it out at the top of the table by many pundits.

There’s less optimism about the home side’s prospects outside of the club but the manager doesn’t think that’s anything new.

“I think with the start we had last year everyone had written us off and there’s no real change,” he explained. “We’d been written off before the season started and we had a terrible start but the lads showed determination and character to pull through.

“It was looking impossible at one stage and they did it. I believed they could do it and they believed in themselves. That’s the only point that needs to be made on that.

“We’re at the start of a season again and we’re in exactly the same position. I think we are underestimated by everybody but we come in, do our work and prepare for the games. We’ll put a team out that we think will get us a result.

“It’s great when teams underestimate you because it gives you an advantage anyway.”

Southend were the only side to beat Stanley in the run in to the end of last season as they picked up a 1-0 victory at Roots Hall in April. They subsequently finished fifth in League Two, losing in the play-off semi-finals to Burton Albion.

Beattie thinks the Shrimpers have strengthened in the close season but feels that his team can inflict an opening day defeat on them and send them home empty handed.

“Southend have signed a few players this summer and Phil Brown’s got a new contract so he’ll be happy about that,” he added. “They’ll be confident of having a good season. We’re looking forward to them coming to the stadium and playing us.

“I hope that they think that it will be easy coming here and an easy three points for them on the opening day. There’s a determination within the squad and the club to prove people wrong and hopefully that can play itself out.”