Accrington Stanley’s stars of the future will now find it even easier to hone their skills thanks to the generosity of local bus company Transdev.

Nine Stanley scholars have received subsidised passes for bus travel to get them to training and home again.

“This is such a great gesture,” said Stanley Academy Manager Keith Brown. “We have young lads travelling in from all over the north west and on an apprentice’s wage travel can be a massive cost.

“These free passes will give the boys one less thing to worry about and allow them to concentrate on their football and developing for the future.”

The Stanley under 18’s team get their season under way on Saturday 2nd August when they play Preston North End in the Youth Alliance.

“Away from the bright lights of the Premier League, we are delighted as the area’s principle transport operator to offer our assistance as these youngsters embark on what could be a potentially very lucrative career,” explained John Burns from Transdev.

“As well as the bus passes, we are also delighted to have the bus route that serves the Store First Stadium – “The Hyndburn Connect” as the shirt sponsor for the Accrington Stanley FC Youth Team for the 2014/2015 Season.”

Stanley Academy Manager Keith Brown is pictured above with Transdev Development Director Richard Jackson at the launch of the partnership. 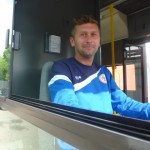 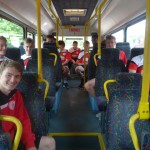 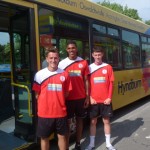 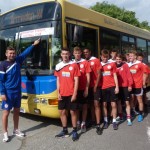 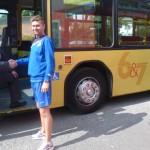