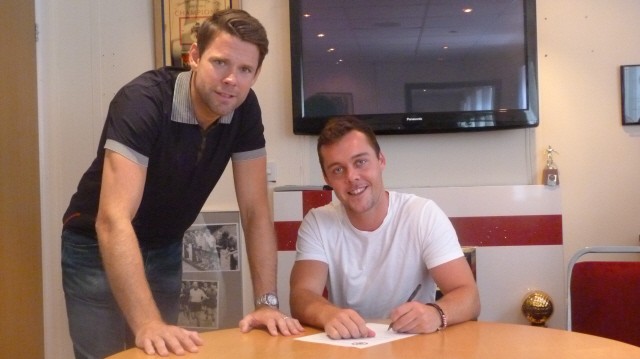 Stanley defender Michael Liddle is the latest player to agree to stay at the club after signing a new contract.

“I always knew that I wanted to come back here after last season and the way it went for the team more than myself,” he told the official website. “From how we went after a bad start to the squad we’ve put together I can see that this is a club that is moving forward.

“I want to get back here and hopefully I can improve things on a personal front, get more games, have fewer injuries and help the club going forward.”

“Lidds is a very solid left back as we’ve seen over the last few seasons,” said manager James Beattie. “He found his opportunities limited last season for one reason or another but I want real competition this season and he’s looking to fight for a place.

“He’s a determined young man and a very good player. He was eager to sign the deal and stay for another 12 months and I’ve said to him that it’s his position to take. He’s fit and has been working hard over the summer and that’s the sort of lad that he is.”