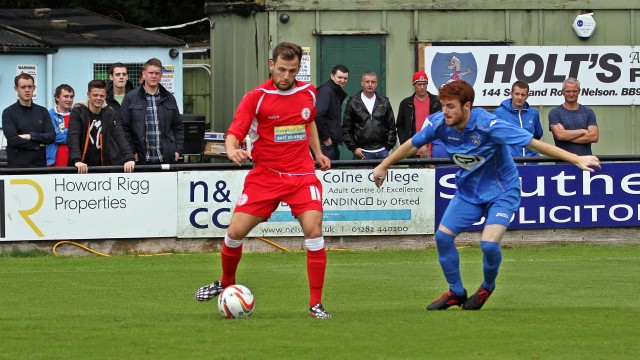 Stanley midfielder Will Hatfield admits that the players can’t wait to return to the Store First Stadium tomorrow for the first of two big home friendlies.

After away wins over non-league New Mills and Nelson, preparations will step up a gear tomorrow when Gary Bowyer’s Blackburn make the short trip down the M65 followed by Premier League new boys Burnley are the weekend.

Hatfield is looking forward to the test.

“The first two games have been good for us but we all know that this is a big step up now,” he explained. “I think we’ve done well in both games so far but we’ve got tough opposition on Wednesday and Saturday now. I think it’s only going to benefit us for the game against Southend (on the opening day) and we’re really looking forward to them.

“I’m sure there will be a great crowd on for the two games and as players we look forward to those kind of games. Big occasion, big crowds and putting ourselves up against better opposition. We’re looking forward to the games and hopefully I can keep scoring these goals!”

Hatfield has scored in both of the warm up matches so far including a brace against Nelson at the weekend and is hoping to continue his good form into the new League Two campaign ahead.

“Pre-season’s obviously about getting your fitness levels up but if you can get a few goals under your belt it’s always nice and gives you that confidence to go into the next game and the forthcoming season,” he added.

“It was disappointing not to get on the scoresheet last year but I’ve scored three in two in pre-season now which is nice. In any game against any opposition if you can score goals then it’s good for you and good for the team. Hopefully I can keep scoring throughout the season.”