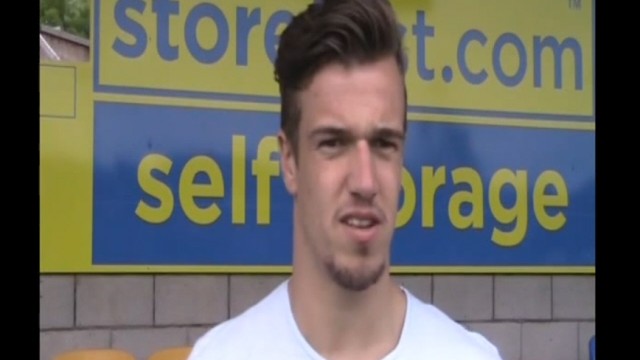 Stanley striker James Gray believes the players are keen to show that their performance against Blackburn in midweek wasn’t a one off by repeating it against Burnley this afternoon.

The Reds drew 2-2 with Rovers three days ago having twice led and now turn their attention to a second home pre-season game against the Clarets.

“Wednesday night was a big test for us and it’ll be another step up today,” said the 22-year-old. “We’re playing a Premier League side and we know how good Burnley are.

“I think we did enough to beat Blackburn the other night but we worked hard for our goals and their goals were a result of our mistakes which was a bit frustrating.

“The competition is strong and it keeps everyone on their toes. We’ve got a really good squad and everyone knows each other which is a good thing. I think you can tell from the pre-season games that we’ve played together before and gelled.”

Gray is expecting big things from the visitors, who are preparing to face Chelsea in their opening Premier League game and have just returned from a training camp in Austria.

“I think Burnley were one of the favourites to go down from the Championship last season but showed they have great players, great team spirit and great management and got promoted,” he explained. “We’re expecting a massive challenge but it’s one that we’ll enjoy and thrive off.”

Supporters can pay on the turnstiles at the Store First Stadium this afternoon and Gray feels the impact of a good atmosphere can’t be underestimated.

“There was a good crowd against Blackburn and we’re hoping for more today,” he added. “The weather’s still nice which will help and we’re really looking forward to the game.

“I think a big crowd is great for everyone. It gives the players a bit of a lift and is great for the club and the area that local sides are playing each other in these pre-season games.”