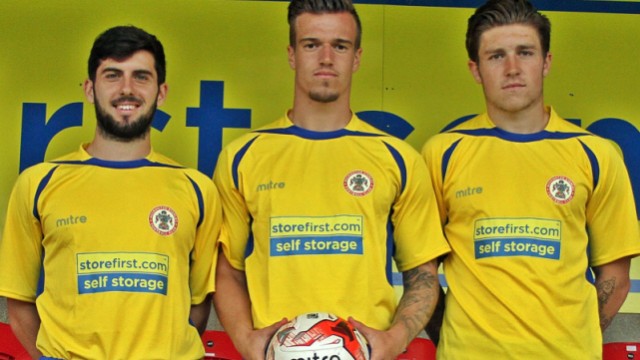 Accrington Stanley look set for a bright future with the launch of a new second strip for 2014/15. 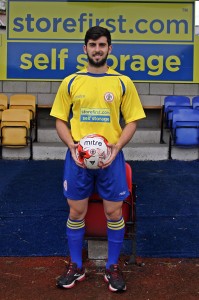 The new kit, combining the yellow and blue colours of the club’s main sponsor Store First and made by Mitre, is launched at today’s pre-season friendly with Burnley.

James Beattie’s side will wear the yellow shirts for the first time against the Premier League new boys at the Store First Stadium.

“The lads will look great in the new kit,” said Beattie. “Everyone at the club is hugely grateful for the continued support of Store First and Mitre and we look forward to seeing yellow shirts in the stands along with the traditional red this season.”

“Store First is delighted to continue its relationship as shirt and stadium sponsor for Accrington Stanley ahead of the new season,” added John Turner, Managing Director of Store First. “We’re local, we love football and this new away shirt is an exciting part of our fantastic ongoing partnership – it looks great and we can’t wait to see the team in action. We look forward to supporting Stanley throughout the 2014/2015 season and beyond.”

“Mitre are proud to be associated with Accrington Stanley Football Club,” said Mitre’s Head of team wear Steve Hardy. “Our kits are developed with a club’s major stakeholders in mind. From the players to the fans, we hope that the new kit is enjoyed throughout the coming season.”

The new Accrington Stanley yellow second shirt is on sale from today in the club shop and online at the club’s official website.

Adults shirts are £39.99 and child’s sizes are £29.99 – for July only we are offering FREE name and number when you buy the second shirt. 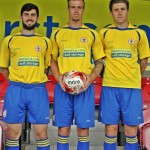 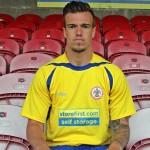 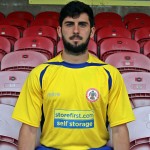 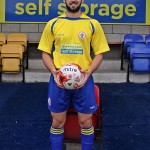 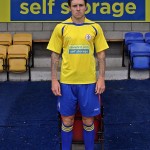 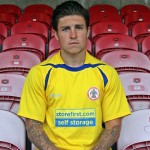