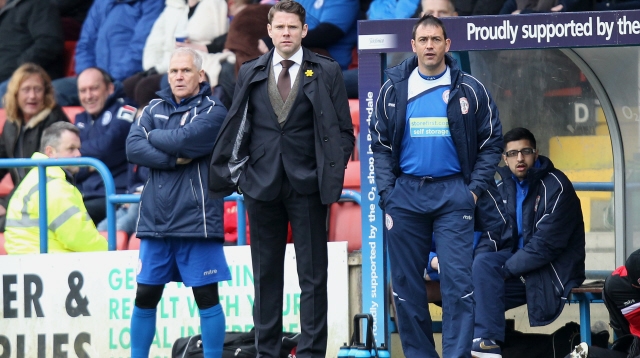 Stanley assistant manager Paul Stephenson professed himself happy with the way the team went forward in their 2-1 win over Nelson.

The Reds picked up the win thanks to a brace from Will Hatfield but were denied a number of other goals, leaving Stephenson satisfied with the top end of the side.

“I’m really delighted with some of the attacking play,” he said. “That’s stuff we can really refine over the next few weeks. I felt at times we just didn’t take the care with the final pass or the run was a bit ill timed but I think if we can get those bits a bit better and get back to being a solid unit like we were last year and add a few bodies then we should be ready for that first game against Southend.

“There was some great play at times in the first half. We switched off at the back for their goal which is disappointing, we took a bit of risk and it didn’t pay off. We tried to play offside and sometimes they go against you but once again we reacted really well.

“I thought we showed great patience with the ball and we had to because they weren’t particularly coming out and pressing and we got our rewards in the end. We were 2-1 up at half time and it could have been three or four.

“Even in the second half we had chances, even with lots of changes which on reflection were probably too many. You live and learn something by doing these things.

“The most important thing about the day is that everyone has got their fitness levels up a bit more and we go on to some tougher games now.”