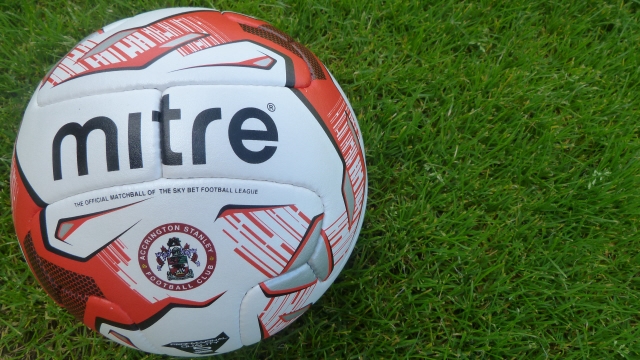 Stanley will begin the 2014/15 season with a home game against Southend United after the fixtures for the new season were confirmed this morning.

James Beattie’s men will face League Two new boys Shrewsbury, Luton and Tranmere in the opening month of the campaign before a first Lancashire derby of the season against Morecambe on 1st November.

Boxing Day sees a trip to Bootham Crescent to take on York City, with Exeter the first visitors to the Store First Stadium of 2015 on 3rd January.

The return trip to take on the Shrimps at the Globe Arena is in April, with the final game of the season a home game against Mansfield Town on 2nd May.