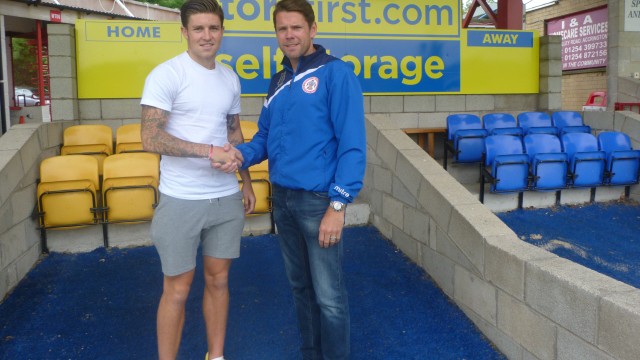 Josh Windass is the latest player to commit his future to the club after putting pen to paper on a new contract.

The midfielder has signed a new two year deal to keep him at the Store First Stadium until summer 2016.

“It’s been the easiest decision I’ve ever had to make,” he explained. “I played at the end of last season and obviously I want to play as many games as I can now next year and hopefully have a good season.

“I learnt loads from my first season here. I didn’t play much at the start of the season and was watching on thinking that I could do it but when you play yourself you realise what a hard league it is.

“Hopefully I did myself justice when I played and I can build on that in the new season and do well.”

Windass joined Stanley last summer after a successful trial period during pre-season and manager James Beattie feels he can continue his development in the new season.

“Josh is a very good young player,” he said. “I think he’d been out of football for a little bit and got to know the ins and outs of what’s going to be required of him. I think there’s a tremendous player in there and over the next couple of years hopefully we can get that player out.

“He’s got all the tools to be a top player; his range of passing, his touch, he’s very athletic and ver powerful. He just neeeds to learn about the game a little bit more but that will come with experience and games and hopefully we can get him them this season.

“He’s another tremendous character and a really good lad. He wants to learn and he wants to listen and he’s got a lot of people around him who are guiding him in the right direction.”