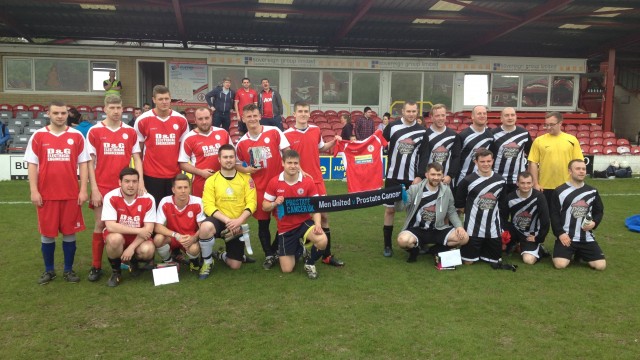 Accrington Stanley Community Trust hosted a charity football tournament on Bank Holiday Monday at the Store First Stadium. The event was used to raise money and awareness for Prostate Cancer UK (PCUK), the Football League’s chosen charity. We are delighted to announce that the event raised a total of £1555 for a great cause.

The day started with a 90 minute fun session for children in the morning in which over 50 children took part in. With the help of our National Citizen Service (NCS) volunteers the children got to play on the pitch, meet Winstanley the mascot and take shots in our giant inflatable target. 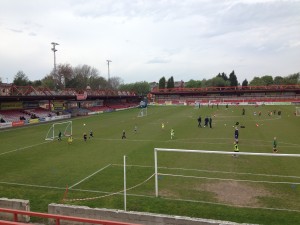 National Citizen Service Officer at the Trust Lee Walsh said ‘It was great to see so many children enjoying themselves and having the chance to play on the pitch. I would also like to thank our NCS volunteers who helped deliver this event to the community’.

In the afternoon we organised an adult 7 aside tournament on the pitch for 14 teams. Over 150 adults took part in several group matches followed by the semi-final and final. All of the teams that took part raised money for PCUK and helped us reach a figure we are proud of donating to charity. 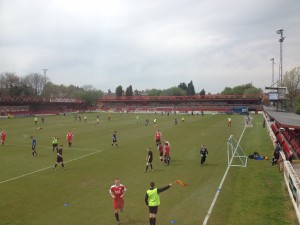 The final of the tournament was contested by Stanley Ultras and Sydney Street. After a tense 12 minutes the game was still goalless and went to a penalty shootout. Stanley Ultras held their nerve and came out victorious.

Community Manager Martin Fearon said ‘We are delighted at how well the event ran and the amount of money we raised for Prostate Cancer UK. Everybody had a great time and the weather was kind to us for a change!’

If you would like more information on the trusts other community activities, please contact Accrington Stanley Community Trust; info@leescarter.com or 01254 304071.