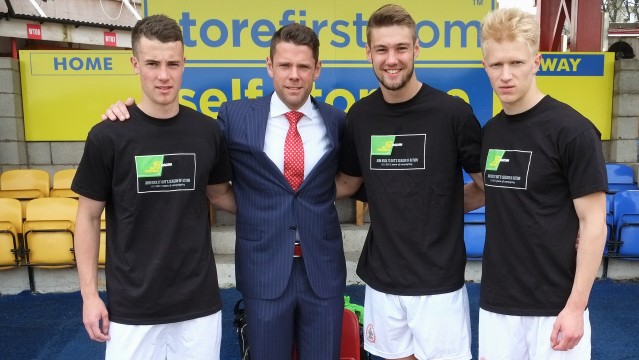 A trio of youth team products will sign their first professional contracts with the club this summer after being offered professional terms.

The trio were presented to the crowd at the Store First Stadium before the last game of the season against AFC Wimbledon.

“We’re pleased to have the three lads for next season,” said manager James Beattie. “It’s a credit to how well they’ve done and the hard work that’s been put in by all the staff in the Academy.

“I’m sure the three lads are excited about coming back for pre-season training and we’re looking forward to having them with us.”

All three players were involved in the youth team’s successful FA Youth Cup run last season that famously defeated West Ham and will now be looking to make the step up to the first team.

The official website will have interviews with all three players in the coming days.