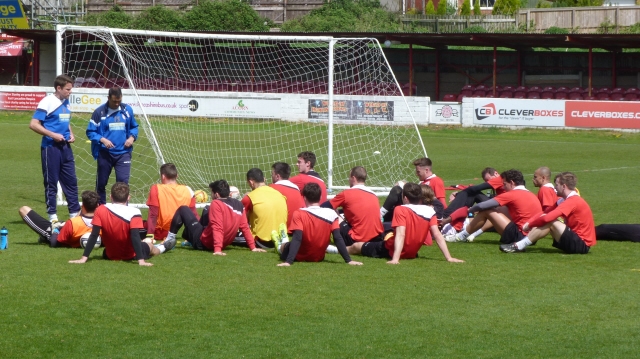 Stanley may be guaranteed League Two football again next season but manager James Beattie isn’t expecting tomorrow’s game with AFC Wimbledon to be anything other than a full blooded affair.

A point and two league places separate the Reds from their visitors in the table and Beattie’s team can climb as high as 12th with a win and other results going in their favour.

Despite securing safety with a fine win at Oxford last week, the boss feels this won’t be a case of after the Lord Mayor’s show.

“The lads are still focussed on this game as is everybody at the club,” he explained. “We want to win and I make no bones about that. We’re approaching this the same as we have for every other game this season.

“If the fans come and have a really enjoyable day then that’s great but I’m interested in getting three points for the club and that’s been the same all season. We want to get as many people here as we can to watch the games and they’ll see a team that plays some great football and has progressed unbelievable through the season.” 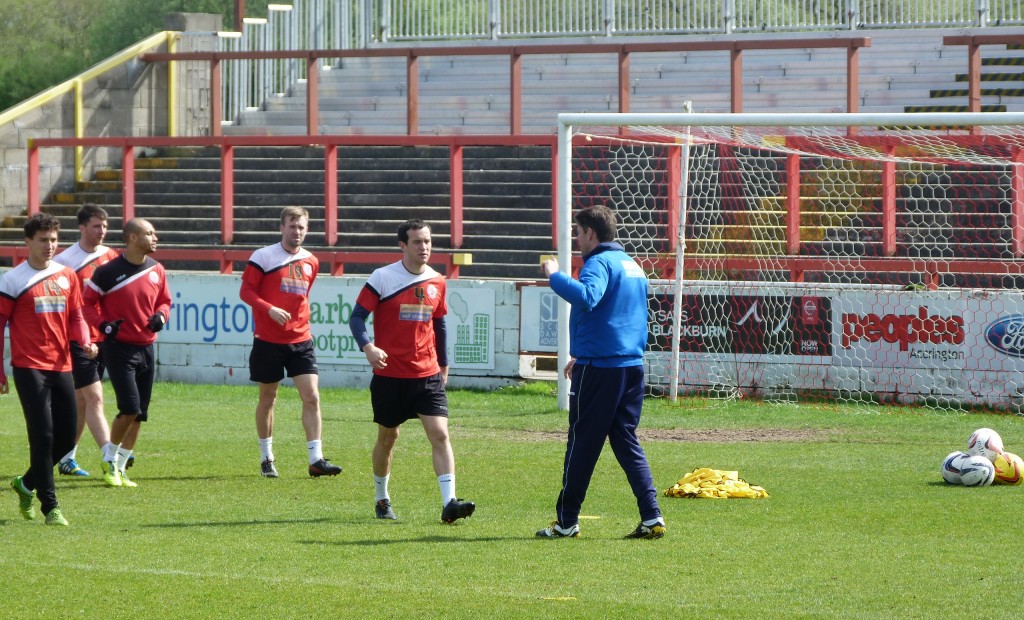 The win at the Kassam Stadium was the first in the club’s history against Oxford and brought the Reds to 54 points; the same total as they finished with last season.

“As I’ve mentioned before the recovery they’ve made has been incredible,” continued Beattie. “We’ve got one game left and nothing changes. I gave the lads some time off this week which they’ve richly deserved having gained a first victory in the club’s history over Oxford.

“I thought we were brilliant on Saturday. It shows as a team how far we’ve come to go to a team like Oxford with a stadium like that and quieten the crowd down and perhaps even turn them. It’s all part of the game management we’ve been speaking about all year and the lads did it to a certain extent at Southend but we just didn’t get the rub of the green.

“The result at Oxford was a great result and they’ve earned all the plaudits that they got and are still to get when the end of the season comes around.

“The way the lads have been on and off the pitch this season has been first class. I haven’t had a single complaint about one of my players off the pitch all season and on the pitch they’ve done themselves, the club and their families proud.

“Securing League status is obviously the biggest thing, for the club and for the boys, because I’ve said all along that’s what they deserve.

“For myself personally it’s a good achievement in the circumstances but you always want to be better. The moment that you don’t, I might as well just not turn up.