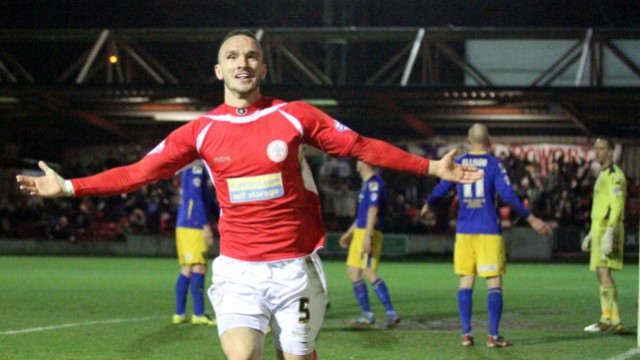 Aldred Up For Player of the Month

Stanley defender Tom Aldred has been nominated for the SkyBet League Two Player of the Month award for March.

The centre back helped the Reds to three clean sheets in the month and scored back-to-back goals against Morecambe and Plymouth Argyle.

Aldred has been an ever present for James Beattie this season and hasn’t missed a minute of a first team game since February 2013.

He’s up against Jamie Allen of Rochdale, Northampton’s Darren Carter and Michael Coulson of York City.