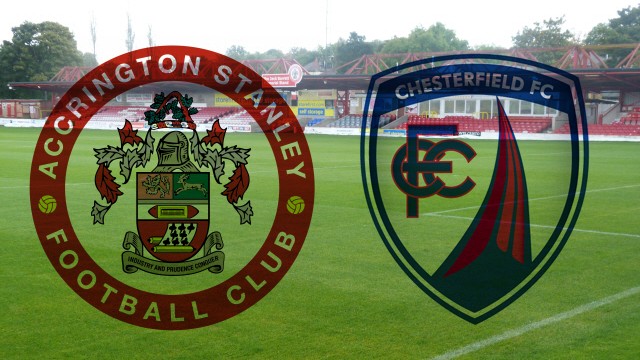 It is widely believed that Chesterfield FC were formed in 1866. The club moved to the Recreation Ground at Saltergate in 1871.

The club joined the Midland League in 1896, before successfully applying for a place in the Second Division of the Football League at the start of the 1899-1900 season. In 1909 the club returned to the Midland League, after finishing bottom of the league for three years in a row, and failing to gain re-election.

The club was then put into voluntary liquidation in 1915, before re-forming in 1919. In the 1921-22 season Chesterfield became a founder member of the new Football League Third Division North. In the 1930-31 season the club won the Third Division North title with an 8-1 victory over Gateshead on the final day of the season.

After the Second World War the club achieved their best ever league position, finishing fourth in the Second Division in the 1946-47 season.

The club were then placed into the Third Division on its formation in the 1958-59 season, with future England goalkeeper Gordon Banks making his debut for the club in the same season.

In 1961 the club were relegated to the Fourth Division for the first time in their history. Several promotions and relegations between the bottom two tiers followed before in 2011 the club were promoted to League One in their first season at their new ground.

The following season the club were relegated back to League Two. However, they did manage to win a piece of silverware, beating Swindon Town 2-0 in the final of the Johnstone’s Paint Trophy.

Former Stanley midfielders Gary Roberts, Jimmy Ryan and Jamie Devitt all signed for the Spireites in the summer and their management duo are ex-Reds bosses Paul Cook and Leam Richardson.

Former Stanley manager Cook took over as Chesterfield manager in October 2012. Last season he led the club to eighth place in League Two, missing out on the play offs by two points. The 46 year old also has managerial experience at Southport and Sligo Rovers.

Cook’s career also included a spell at Stanley between 2003 and 2006, where he made 62 appearances and scored one goal.

After a junior career with Shelbourne, Cherry Orchard and Crumlin United, Doyle re-joined Shelbourne but couldn’t break into the first team. The Dubliner then switched to Shamrock Rovers before joining Sligo Rovers in 2009 where he worked under Paul Cook.

Doyle won two FAI Cups and a League of Ireland Cup before moving to the SPL with Hibernian. The striker scored the equiliser in last season’s Scottish Cup semi-final after Hibs had been three down.

In the final Doyle was given a starting spot but he was unable to lift his side enough for them to win the competition for the first time since 1902 as Celtic won 3-0.

Doyle is in fantastic form this season and has netted nine goals as Chesterfield sit at the summit of League Two.

The sides have met on 55 previous occasions and the head-to-head record is very close with the Spireites shading it with 24 wins to Stanley’s 20.

The last meeting was in September when the Spireites won 1-0 at the Proact Stadium but the Reds triumphed by the same scoreline on New Year’s Day 2013 thanks to Rommy Boco’s goal.

In fact, Chesterfield haven’t won in Accrington since December 1959.

Stanley have lost their last two games by the odd goal, going down 2-1 at Burton and 1-0 at Portsmouth.

James Beattie’s team have won one of their last five games but haven’t taken three points at home since beating Fleetwood in November.

They sit 22nd in League Two, four points from Northampton in 23rd and three behind Portsmouth who are 15th.

Paul Cook’s side are top of the table, two points clear of second placed Scunthorpe United.

They’ve won two, drawn two and lost one of their last five matches in League Two.

Stanley are without full back Nicky Hunt, who is suspended for two matches following his tenth yellow card of the season.

Laurence Wilson returns to the equation though after serving his three match ban.