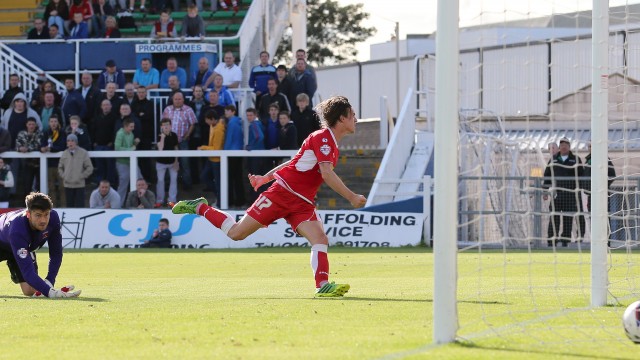 Gray Away With Northern Ireland

Stanley striker James Gray has joined up with his international team mates ahead of this week’s fixture.

He’s been named in the Northern Ireland under 21’s squad for their European Under 21’s Championship qualifier with Italy.

The game takes place Mourneview Park on Wednesday with kick off 4pm.

Gray has featured regularly for his country since joining the Reds in the summer of 2012, scoring in a qualifier in Serbia in October last year.

He’ll be back at the Store First Stadium in time for Saturday’s League Two game against Chesterfield.