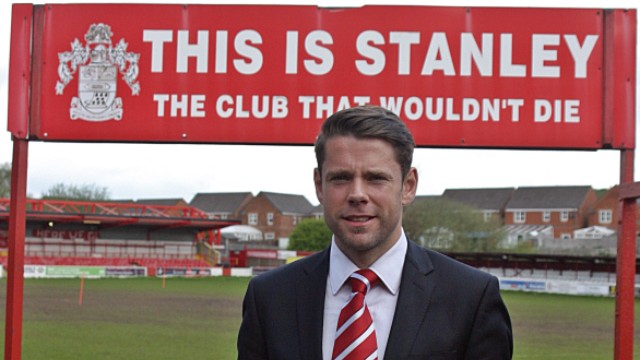 Boss Out to Extend Home Run

The Reds have won two and drawn two on home turf in the last two weeks and Beattie puts the good form down to the players feeling comfortable.

“I think that a massive part of that has been training on the pitch,” he explained. “Buzzer’s done a tremendous job with all the adverse weather that we’ve had and I think the pitch as it is now is probably the best pitch the club has ever had.

“That’s down to the hard work that he put in during the summer and that he continues to put in day in and day out. He’s been understanding and let us use it. It’s his work and his life and he puts everything into it but training on it in the last couple of weeks has helped us a lot.

“When I was playing I used to go after training, to St. Mary’s, Goodison or Bramall Lane and just stand there, have a look round and put myself in positions that I’d be in on a Saturday and visualise myself playing. Maybe the same sort of thing has helped the lads perform in the way they have been.”

Argyle come north having rocketed up the League Two table into a play-off position and Beattie is an admirer of the way John Sheridan’s side go about their business.

“Plymouth have shown how quickly things can change in this league,” he continued. “John’s done a great job with them, they’ve got pace and energy in the team and they’re in his image. I remember watching John as a player, he had a wand of a right foot and was a great player and he’s getting those things into his team.

“They’re on a great run of form and this is going to be a very tough game for us but one we’ve been really looking forward to.”

The Reds drew 0-0 at Home Park back in September as their wait for a League Two win continued but the boss thinks the Pilgrims will face a very different test tomorrow.

“They threw everything at us and the resilience and team spirit that we’ve had all along shone through,” he said. “We’re a different animal now, we’re even more resilient, hard to beat and I love watching the lads play because they seem to be really enjoying their football and that’s all I’ve ever wanted.

“I’ve only ever wanted them to go out and give a good account of themselves for themselves and for the club. If we can continue that from now until the end of the season then I’m sure we’ll be okay.”