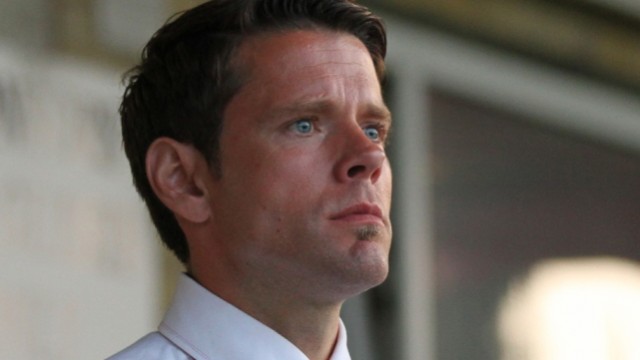 Stanley boss James Beattie was bitterly disappointed to see his side lose 2-1 at Burton Albion on Saturday afternoon.

Billy Kee’s brace against his former club was enough for the Brewers to claim all three points as the Reds lost a second successive game on the road.

“I thought we rode our luck a little early on in the game thanks to Marcus Bettinelli, who is an excellent keeper and made a couple of great saves. We didn’t switch on for the first ten minutes but then we got into our stride,” he said.

“The lads have got another narrow defeat and they’re all distraught in the dressing room.”

Dean Winnard’s first goal of the season drew Stanley level but they were unable to hold onto the point as Kee’s penalty won the game for the hosts.

Beattie said: “I think the lads have a certain belief that they’ve been building over the last few weeks.

“It was a great delivery from Lee Molyneux and I’m sure Deano was ecstatic to get his head on it and open his account for the season,” he added.

“Goals breed confidence and when Burton went 2-1 up they changed their formation. I think they were desperate to win the game having read Gary Rowett’s comments before the game. They were desperate to get back on the winning trail again and were leaving three players up which left them susceptible on the break.

“We saw that so we changed our formation and put three forwards on to try and rescue something from the game.”