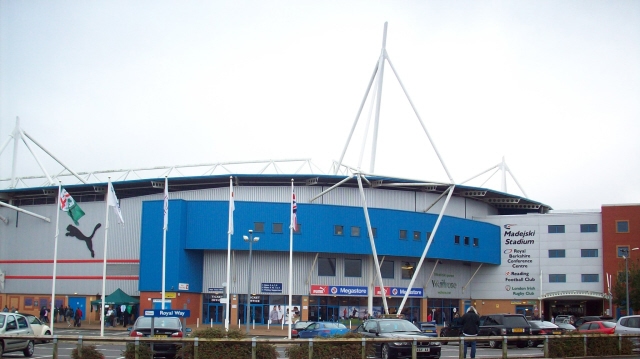 Stanley’s Youth side will hope to continue their fantastic cup run on Wednesday when they make a 460 mile round trip to Reading’s Madjeski Stadium in the 5th Round of the FA Youth Cup.

The Red’s are continuing to make history after overcoming Bristol City in the last round and seeing off Carlisle United, Ilkeston and West Ham United in the earlier stages.

The 4-1 triumph over Bristol City last week saw Max Hazeldine hit a sublime hat-trick to continue his immense form this season. Captain Liam Goulding also found himself on the score sheet to round off a fantastic fourth round tie.

Stanley are unbeaten in their last six league games and have suffered only one defeat in their last 11 games which was their first game back in the New Year against Blackpool FC. The Red’s are currently 10th in the Youth Alliance table.

Reading are also occupying a mid-table league position as they sit 6th from 11 in the South Group of the U18 Premier League, notably one place behind Stanley’s 3rd Round victims West Ham United.

The Royal’s last game out was this weekend and they enjoyed a 2-0 win over bottom side West Bromwich Albion, their first league win since December. Previous to that, the Royals had suffered consecutive defeats against Fulham and Tottenham Hotspur.

The Royal’s route to Round 5 has been shorter than Stanley’s due to starting in the 3rd Round. In round 3 Reading travelled to face Leeds and ran out 3-1 winners to set up a home tie against Crewe Alexandra.

The fourth round tie against Crewe was less straight forward and required penalties to see Reading through. The game finished 3-3 after extra time but a 4-2 win on penalties was enough to see the Berkshire side safely through to face Stanley in round five.

A few names for Stanley to watch out for are the Royal’s three top goalscorers, Liam Kelly (6), Sammi Fridjonsson (5) and Jack Stacey (5).

Kelly has been at the Royals since he was aged eight and has represented the Republic of Ireland at Youth level. Similarly to Kelly, Fridjonsson has played Under 19’s football for his national side Iceland and signed a pro contract at Reading in 2013 after moving from Icelandic team Keflavik FC. Stacey, like Fridjonsson has hit five goals this season and has impressed enough to make a number of Under 21’s appearances for Reading this season.

Wednesday’s tie against Reading will see the winner’s treated to a home tie against either Watford or Liverpool FC in the last eight of the competition.

The game is a 7pm kick-off at the Madjeski Stadium and admission prices are £3 for Adults, £1 for Concessions. As always, if you can’t make the trip to the game we’ll have live match updates on twitter at @ASFCyouth.