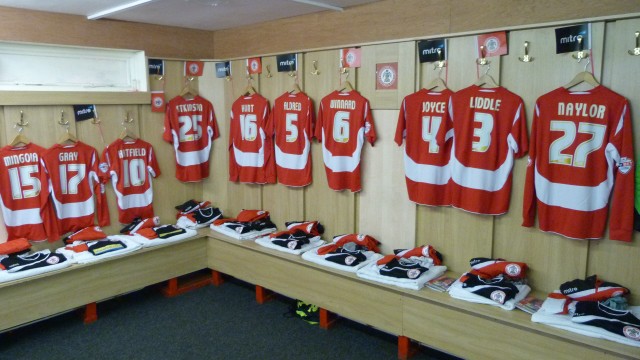 James Beattie has made two changes to his side for this afternoon’s match with Torquay United at Plainmoor.

Michael Liddle comes in at left back for the suspended Laurence Wilson and George Bowerman replaces Danny Webber, who is ill.

Youth team scholar Max Hazeldine, who scored a hat-trick in the FA Youth Cup against Bristol City, has a place on the bench. He is joined there by Kal Naismith, who is returning from a hip injury.