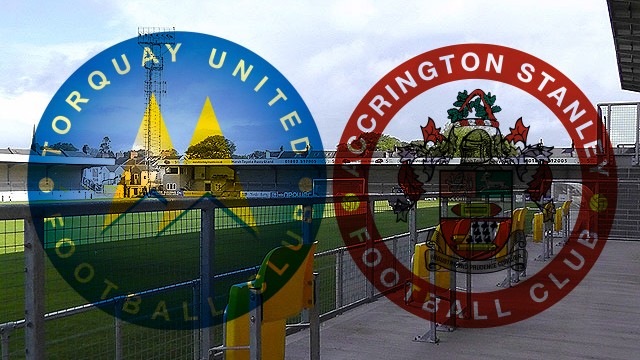 The club was then crowned champions of the Western League in 1927, with the club then gaining acceptance to the football league.

With the changing of the football league structure the club were placed in Division Four, winning promotion in the 1959/60 season, before being relegated back to the basement division two seasons later.

The club then gained promotion back to the Third Division in the 1965/66 season, before again being relegated back to Division Four in the 1971/72 season.

The Gulls were again promoted back to Division Three at the end of the 1990/91 season, beating Blackpool in the play-off finals at Wembley on penalties, after a 2-2 draw. The club were then relegated the following season.

The club again gained promotion in the 2003/04 season and were again relegated back to the basement division the following season, before being relegated to the Conference in the 2006/07 season.

The club only spent two seasons in the Conference before gaining promotion back to the football league, beating Cambridge United 2-0 in the play-off final at Wembley. Last season the club finished in 19th place in League Two.

With the club needing to avoid defeat to the Conference in the final game of the 1986/87 season, their game against Crewe Alexandra was held up after Gulls defender Jim McNichol was bitten by a police dog named Bryn. Paul Dobson scored the equaliser in a 2-2 draw in the time subsequently added on for the delay in play, and in doing so saved the club from relegation.

41 year old Hargreaves is currently in his first managerial role, taking over as Torquay manager in January this year.

Prior to being a manager Hargreaves had a successful playing career, appearing for numerous clubs, including Northampton Town, Torquay United, Oxford United and Plymouth Argyle.

31 year old Mansell is the current captain of the Gulls and has been at the club since 2006. During his time at Torquay, Mansell has made 326 appearances and scored 21 goals for the club.

Prior to joining the club, Mansell had spells at Luton Town, Nuneaton Borough and Oxford United. 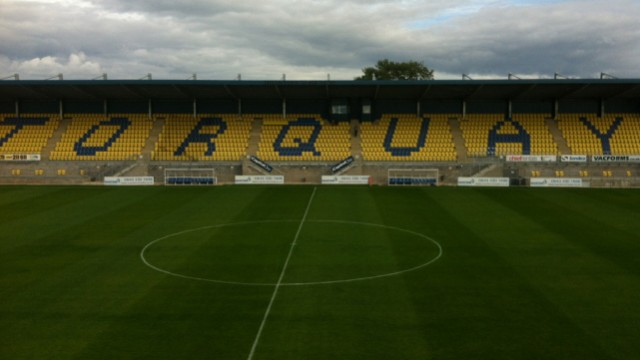 After the merger of Torquay Town and Babbacombe in 1921 and the forming of a new side called Torquay United, the club have played at Plainmoor throughout their history. The current capacity of Plainmoor is 6,500, with the clubs record attendance being 21,908, which was set in the FA Cup against Huddersfield Town in 1955.

There have been 12 previous meetings between the sides with Stanley holding a strong record having won half of those games. Torquay have four victories under their belts and there have been two draws.

The Gulls have had a poor season so far, currently sitting in the relegation zone in 23rd place in the League Two table. So far this season they have won two, drawn seven and lost five of their 14 home league matches.

They’ve lost their last two (against Chesterfield & Northampton) but have beaten both Portsmouth and Wimbledon in 2014.

Stanley haven’t won in their last three games but have only lost one of last six matches. Unbeaten in three games away from home.

They sit 20th in League Two, five points ahead of the Gulls and five points from the top half of the table

The Gulls have former Reading midfielder James Harper training with them but he is ineligible to feature in the game.

Laurence Wilson begins a three match suspension following his red card against Bury with Michael Liddle in contention to replace him at left back.

Winger Kal Naismith has travelled to the south west with the squad though his hip injury continues to be monitored by the club medical staff.

Stanley supporters will be accomodated in the recently constructed Bristow’s Bench at Plainmoor.