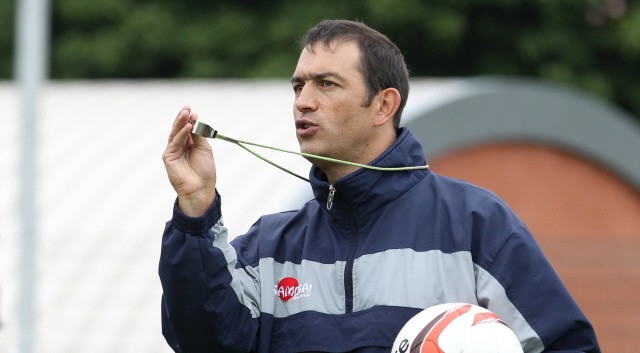 Stephenson: “Learn From the Past”

Stanley assistant manager Paul Stephenson doesn’t believe the Reds should fear Burton Albion as they prepare for a trip to the Pirelli Stadium.

The Brewers are chasing an automatic promotion place and sit in the play-off positions ahead of the game.

They’ve already beaten James Beattie’s side once this season, with a 97th minute winner giving them all three points at the Store First Stadium in August but Stephenson feels Stanley should take encouragement from that day.

“From the way we played against them here we shouldn’t be going into this game with any sort of dread,” he explained.”We should be looking forward to it.

“We’d just like to get one over them, full stop. We missed an opportunity that day to get our first win. We had some great opportunities, it was Connor Mahoney’s introduction to senior football and he had their left back in a bit of a quandry at times.

“We made chances, sitters really, and you have to take those. We came out of that spell and started taking the chances better. Hopefully we can go to Burton, create the chances and be tight at the back and this time take the chances and win.”

“It’s a bit mental,” he said. “That’s why we stress to the lads on a regular basis that you are never out of it and you can never rest on your laurels if you get a couple of good results. You have to keep at it right to the end.

“We still believe that if we win the games we’re capable of winning then there’s no reason why we can’t sneak into a really high place in the league which is what we think we’re capable of.

“By the other token, a couple of teams like Wycombe have had a couple of wins in a row which was a bit unexpected and all of a sudden we’re third from bottom. We’ve got games in hand on teams and we’ll have to win them.”