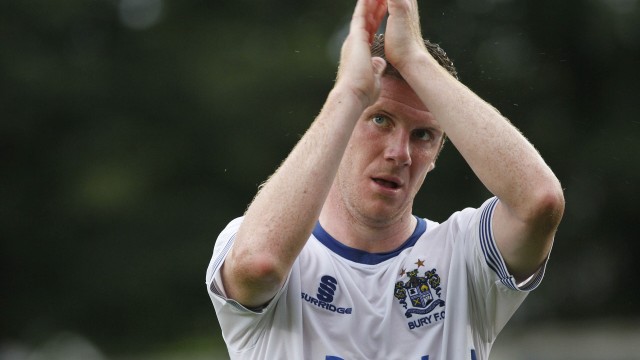 Former Stanley captain Andy Procter is looking forward to returning to the Store First Stadium with new club Bury – and hopes he’ll get a good reception.

The midfielder made over 400 appearances for the Reds in a decade at the club and is behind only the legendary Paul Mullin in the club’s all-time appearance records.

He left Stanley two years ago to join Preston North End but still has fond memories of his time wearing the red shirt after his return in January with the Shakers was washed out.

“I’m really been looking forward to coming back and hopefully I’ll get a decent reception,” he said.

“Stanley will always be in my blood, mainly because I spent so many years of my career there. I had some wonderful times there, promotions, the transition from non-league to Football League and part time to full time and met some wonderful people too.

“I still live relatively close and I still get the local paper with all the write ups in so I can keep my eye on who is playing and what not. It’s always one of the first results I look out for and it’s a very special club. 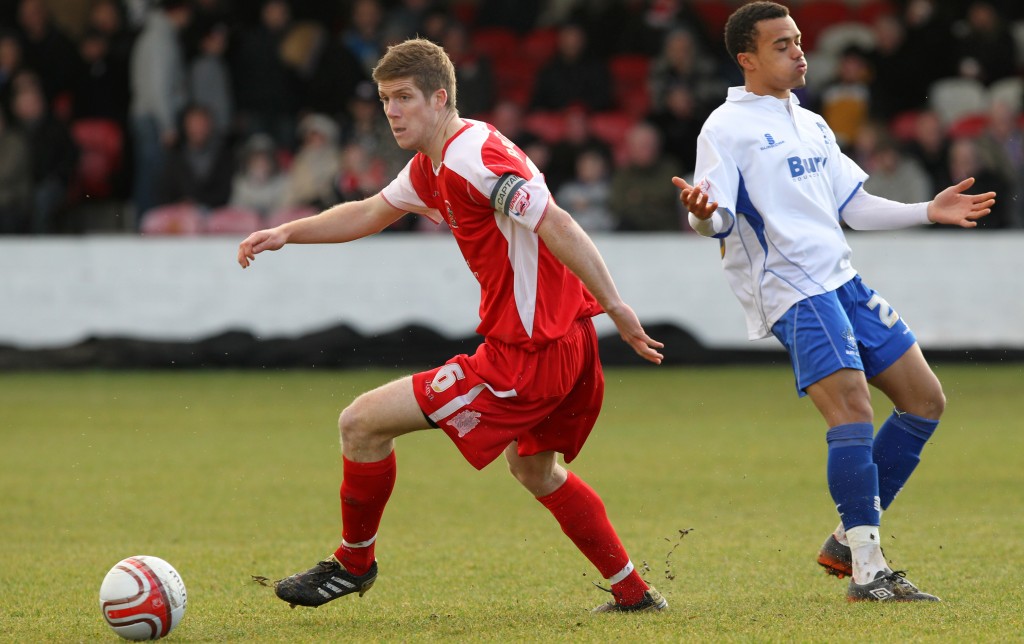 Procter in Stanley colours against the Shakers

“I think James Beattie’s assembled a really competitive squad there this year and I know they’ve had a few injuries and lost Odejayi when he went back from his loan but he’s back now and they are a good outfit.

“We want the points because we want to progress up the table and I think that all my alliances to Accrington will have to be put to one side for one day!”